A Colorado trail runner who survived a mountain lion attack by suffocating the animal said on Thursday that the encounter that has made him the stuff of legend was "a fight for survival."

"One of the thoughts that I was having was: 'Well this would be a pretty crappy way to die'," Travis Kauffman told reporters in his first public comments about the February 4 attack.

"It very much turned into just a full-on fight for survival," added the 31-year-old who had to have more than two dozen stitches to close wounds on his cheeks and nose.

Kauffman said he had gone out for a run when he was ambushed by the 80-pound (36-kilogram) cat.

"I heard some pine needles rustling behind me and I stopped and turned," he recalled. 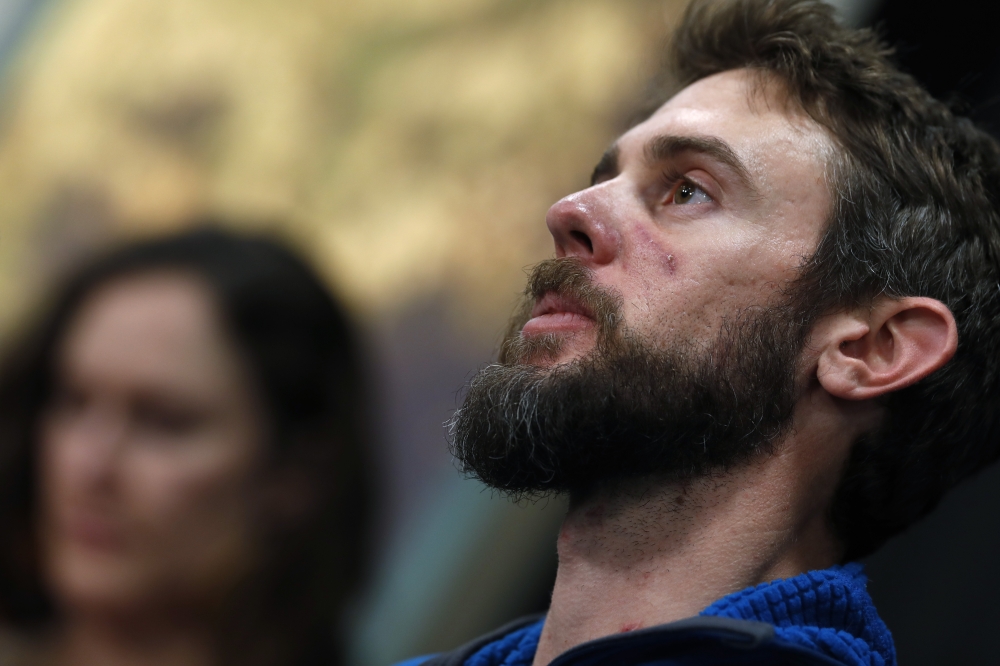 Kauffman, who is of slight build, said he felt his heart sink as he processed the situation and raised his hands and began screaming to try and scare the animal as it rushed toward him.

"Unfortunately, it kept running and then it eventually just lunged at me and ... its jaws locked into my hand and wrist," he said.

Kauffman said that as he and the mountain lion were locked in battle, they tumbled down a trail and he managed to get the upper hand as the cat ended up on its back.

He said he was able to pin the animal's hind legs with his feet and hit it with a rock over the head before stepping on its neck and suffocating it.

"I stepped on its neck with my right foot and just slowly after a few minutes I thought I would be getting close and then it would start thrashing again," he said. "And I had a few more scratches that resulted from those thrashes at that point, and I'd say another couple minutes later it finally stopped moving."