The village of Ginostra on Stromboli began sweeping away layers of ash on Thursday, the day after a dramatic volcanic eruption on the tiny Italian island killed a hiker.

Emergency workers brushed and scooped volcanic cinders from streets and the tiny harbour in the village at the foot of the still smoking volcano.

A veil of ash lay atop restaurant terrace tables and parts of the coastline.

Canadair water-bombing planes battled to put out fires started by two massive explosions which on Wednesday sent plumes of smoke two kilometres (over a mile) into the sky.

People were urged not to swim in the sea on Thursday because of the risk of mini-tsunamis similar to those that previous eruptions have caused.

Vulcanologists and locals told Italian media that the volcano was unlikely to erupt again in the near future.

Around 1,000 tourists on Wednesday fled the island aboard ferries to the nearby Calabrian coast. Seventy people were evacuated from Ginostra on the volcano's southwest flank.

Many left without their identity papers and luggage. 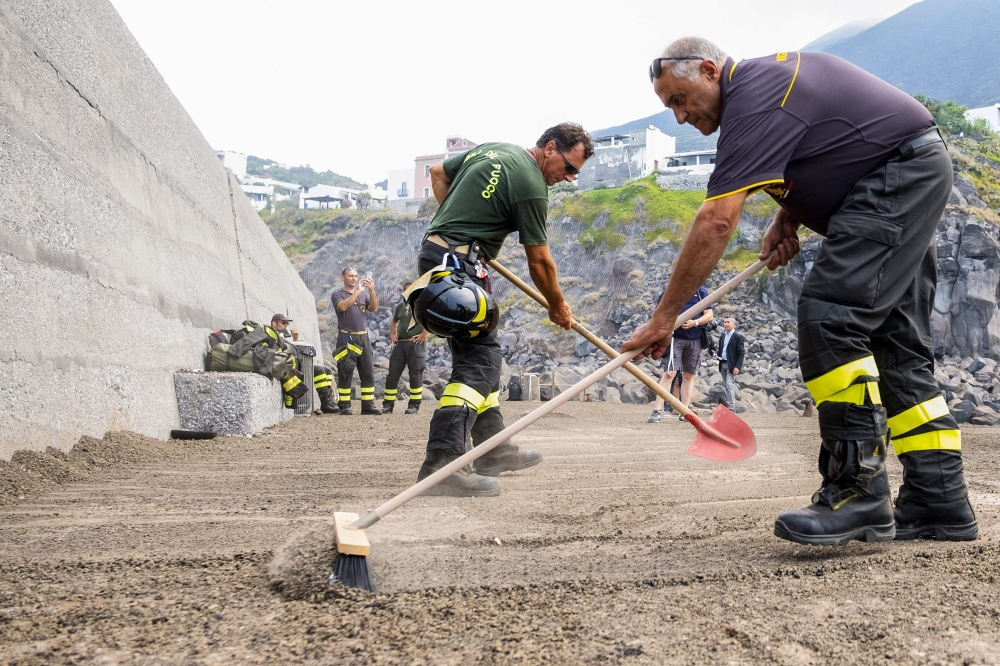 Sicilian hiker Massimo Imbesi, 35, was killed Wednesday when he was caught in the eruption's flow of hot rocks and fumes, while his Brazilian walking companion suffered from shock, emergency services said.

Several people suffered injuries, though none serious, they said.