The death toll after a ferry capsized in Lake Victoria has risen to 151, state-run TV station TBC said Saturday as rescue workers pressed on with the search to find scores more people feared drowned.

Late Friday, the toll had stood at 131, with 40 people known to have survived after the MV Nyerere capsized close to the pier on Ukara Island on Thursday.

Tanzanian President John Magufuli on Friday ordered the arrest of the management of a ferry that capsized in Lake Victoria, as the death toll climbed to 131 and rescue workers pressed on with the search to find scores more people feared drowned. 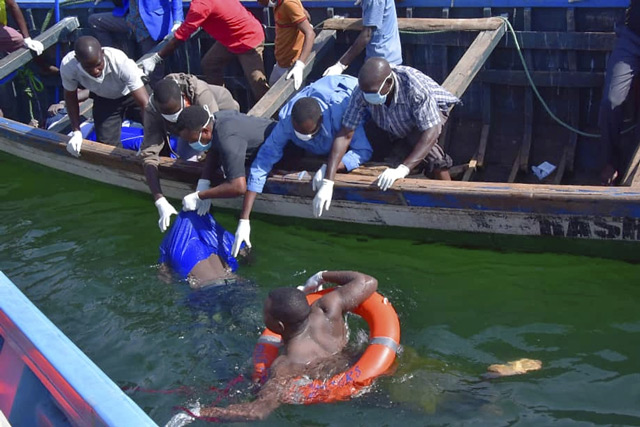 The MV Nyerere may have been carrying as many as 200 passengers - double the ferry's capacity - when it capsized close to the pier on Ukara Island on Thursday, according to reports on state media.

Witnesses reached by AFP said the ferry sank when passengers rushed to one side to disembark as it approached the dock.

In a speech broadcast on TBC 1 public television, Magufuli said "it appears clear that the ferry was overloaded", adding that "negligence has cost us so many lives... children, mothers, students, old people".

"I ordered the arrest of all those involved in the management of the ferry. The arrests have already begun," he added.

The president declared four days of national mourning while saying at least 131 people had died, updating an earlier death toll of 126.

Magufuli also announced the government would cover the funeral expenses of the victims. 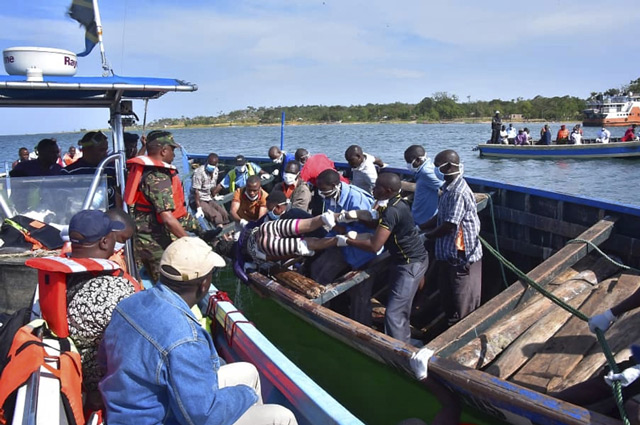 Mwanza governor John Mongella had earlier said the number of survivors was 40, but it was unclear whether any new survivors had been found since rescue operations resumed with police and army divers on Friday morning.

"Operations are continuing," he said, but hopes are fading that more survivors might still be found.

State television cited witnesses reporting that more than 200 people had boarded the ferry at Bugolora, a town on the larger Ukerewe Island, where it was market day when locals said the vessel was usually packed with people and goods.

"I have not heard from either my father or my younger brother who were on the ferry. They had gone to the market in Bugolora to buy a school uniform and other supplies for the new school term," said Domina Maua, who was among those seeking information about loved ones. 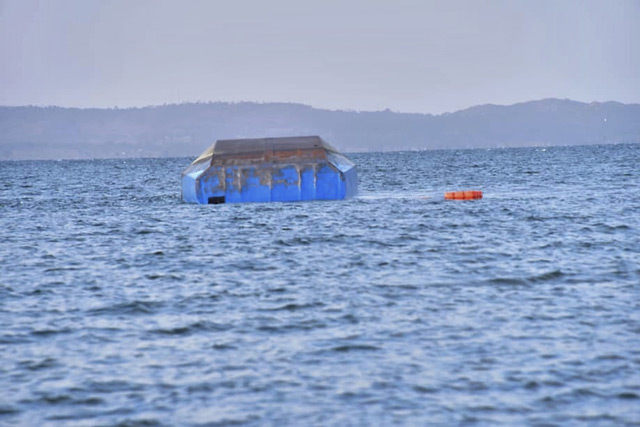 "My son is among the bodies recovered," she said, weeping. "He had gone with his wife but she has not been found yet. My God, what did I do to deserve this?"

Sebastian John, a teacher, said such tragedies had become part of life for those living on the lake.

"Since my birth, people have gone to their deaths on this lake, but what are we to do? We did not choose to be born here, we have nowhere to go," he said.