Thousands of people have been stranded and at least five killed amid torrential rain throughout central and southern China, with authorities bracing themselves for at least another four days of downpours, state media reported on Tuesday.

The official China Daily said floods had wiped out 10,800 hectares of crops and destroyed hundreds of houses in the Jiangxi province by Monday, with a total of 1.4 million people affected and direct economic losses amounting to 2.65 billion yuan ($382.41 million).

In the region of Guangxi in the southwest, 20,000 households had their power cut and roads, bridges and other infrastructure were severely damaged, the China Daily said. 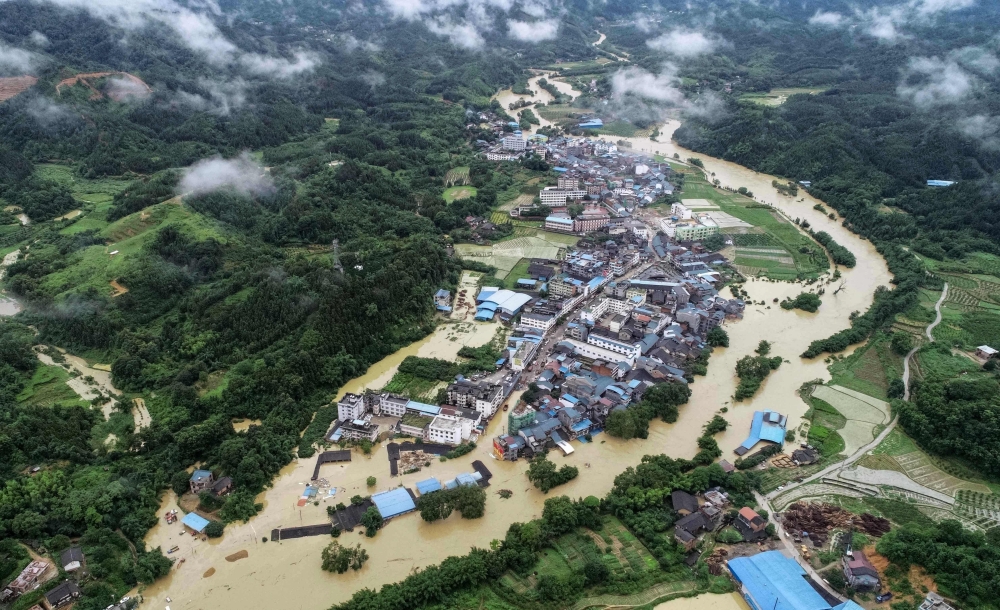 Rainfall in Jiangxi reached as much as 688 millimetres (27 inches), according to a notice by China's meteorological administration. It said rain in parts of Jiangxi and Hunan had hit record highs for June.

The administration said rainstorms were expected to spread to Guangdong, Fujian, Jiangxi, Yunnan, Sichuan and Taiwan by Thursday. It also warned authorities to be on their guard against severe thunderstorms and the possibility of small rivers bursting their banks in coming days.