The death toll from heavy rains in Japan rose to three on Thursday, as authorities urged local authorities to stay on alert despite the lifting of some evacuation orders.

The third victim in the rains that prompted the weather agency to issue its highest level warning earlier this week was discovered in a flooded home in southwestern Saga prefecture, officials said.

"An autopsy determined that she had drowned," Saga police spokesman Hiroshi Dan told AFP of the 96-year-old woman.

"When rescuers went to the house yesterday, they didn't see her as the water was already nearly one-metre (3.3-foot) high."

Two other deaths were confirmed Wednesday in Saga and neighbouring Fukuoka prefecture. And officials said one person was in critical condition and another was missing in Saga.

By Thursday afternoon, 392,000 people were under orders to seek shelter, while another 884,000 were under lower-level evacuation advisories, according to the national disaster management agency.

The weather agency has also downgraded its warnings for the region from the highest "emergency warning" to the second-highest level, but warned residents must to remain alert for landslides and flooding.

The agency forecasts more heavy rains could hit northern Kyushu and other areas in the coming days, although floodwater has receded now in some areas.

Evacuation orders and advisories issued by local authorities are not mandatory, although officials urge residents to heed them.

In one of the hardest-hit towns, Omachi in Saga, nurses were arriving on boats to hospital that was cut off by floodwater, while authorities were battling an oil leak from a small local steelworks. 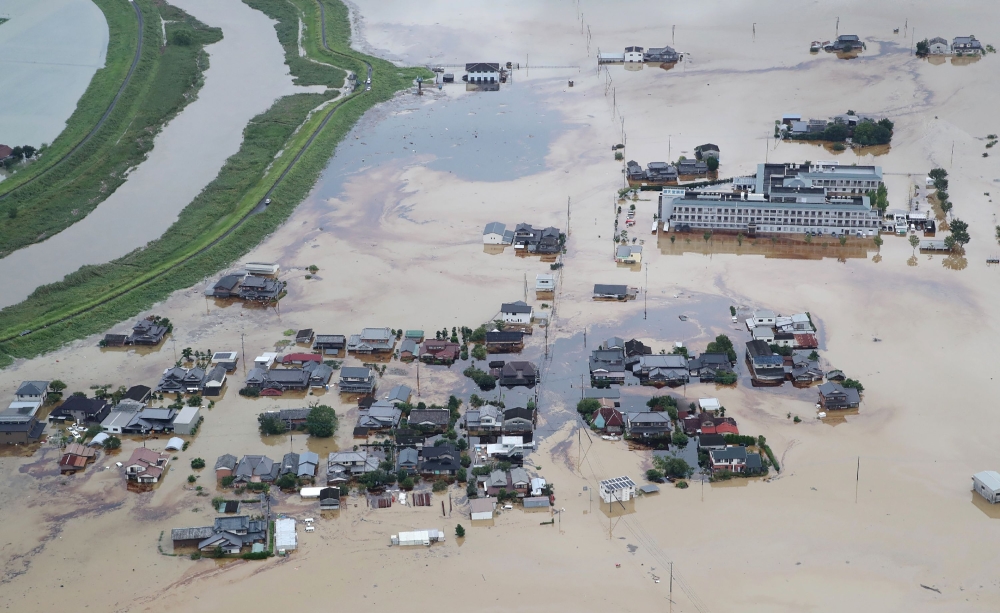 More than a million more people were advised to leave their homes after the country's weather agency raised the alert to its highest level for parts of northern Kyushu.

The emergency warning is issued "if there is a significant likelihood of catastrophes".

Officials confirmed two deaths, one in western Saga prefecture where a man was found in a car that had been swept away. A second man died in Fukuoka as he tried to escape from a car trapped in rising floodwaters.

Government spokesman Yoshihide Suga said a third person, in Saga, was in a state of "cardiorespiratory arrest" - a term usually employed by Japanese officials to indicate a person's death before it is officially confirmed by a doctor.

"There are many reports of damage in different areas due to flooding of rivers, landslides, and submerged houses, and there is a possibility of serious damage occurring in the coming hours," Suga added.

Evacuation orders and advisories issued by local authorities are not mandatory, although officials urge residents to heed them. 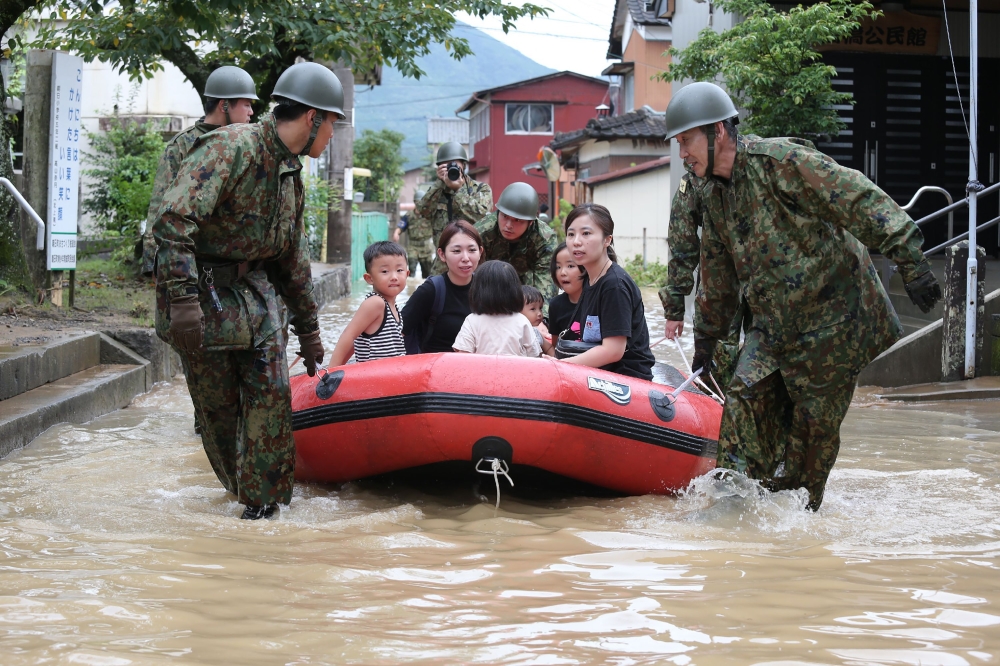 For those leaving after such warnings, government shelters are available, and some choose to stay with friends and family as well.

The fire and disaster management agency said it had already received multiple reports of flooded houses in Saga and Nagasaki prefectures.

"We are seeing unprecedented levels of heavy rains in cities where we issued special warnings," a spokesman for the Japan Meteorological Agency told reporters.

"It is a situation where you should do your best to protect your lives," weather agency official Yasushi Kajiwara said.

He also urged those living in areas currently under evacuation advisories to act quickly.

The weather agency issued its highest warning for heavy rain early morning, before downgrading it mid-afternoon.

Still, the agency said heavy rain was likely to continue in western Japan, with high risks of landslides and flooding.