At 182 meters (597 feet), it is one of the tallest statues in the world built at a cost of $403 million in Kevadiya, a village in Gujarat state. Both Prime Minister Narendra Modi and Patel hail from Gujarat state.

Modi inaugurated the “Statue of Unity” on the bank of the Narmada river. He had promised the project despite criticism that India couldn’t afford to spend so much money on a statue. 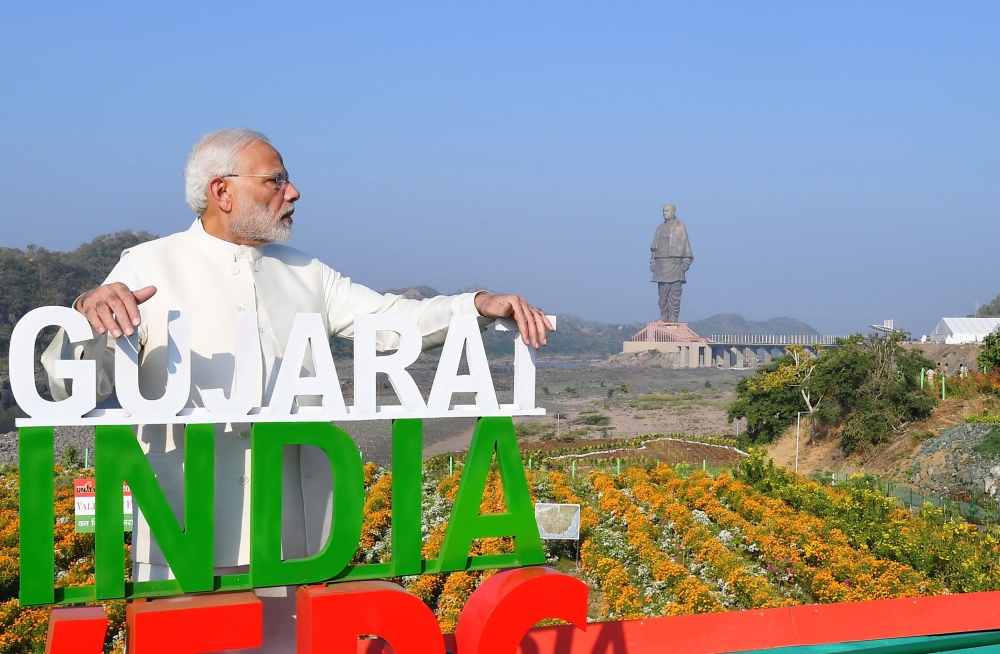 Patel was known as the “Iron Man of India” for integrating various states in the post-independence era as the creation of Pakistan.

On Wednesday, Modi said Patel was a beacon of hope for India in the time of crisis and he will be a source of inspiration for ages to come.

The monument will have a museum with 40,000 documents, 2,000 photographs and a research center dedicated to Patel’s life and work.