Trump celebrates US might, avoids politics in rousing July 4 speech

President Donald Trump sang the praises of the US military and American heroes of the past two and a half centuries Thursday as he skirted politics in a rousing Independence Day speech in Washington. 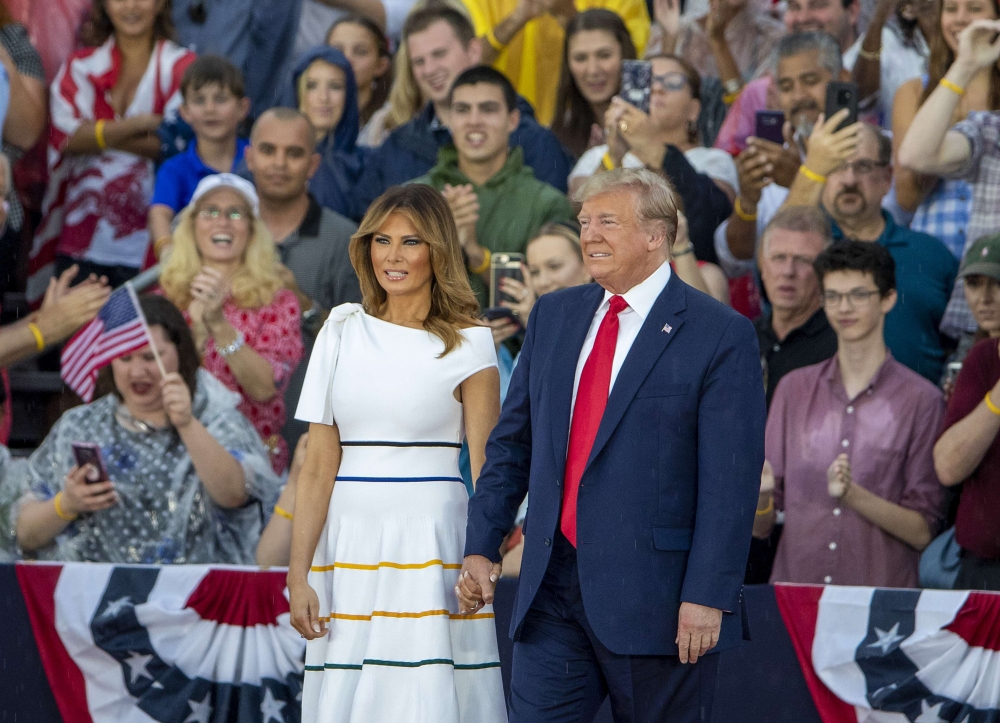 "What a great country," Trump exclaimed in an address saturated with patriotism and exceptionalism.

"For Americans, nothing is impossible."

As combat aircraft, including the rarely seen B2 stealth bomber flew overhead, Trump scrolled through myriad events of US history, from groundbreaking inventions to battlefield victories, drawing cheers of "USA! USA!" from an enthusiastic rain-soaked audience of tens of thousands on the National Mall in Washington.

'The most exceptional nation'

In front of a massive statue of a seated Abraham Lincoln, the heroic 19th century president, Trump used the traditionally politics-free holiday to deliver shoutouts to each arm of the military, as well as singling out first responders and the controversial Border Patrol and Immigration and Customs Enforcement agencies that have been criticized for their treatment of migrants.

But he disappointed critics who had warned that Trump, the first president in decades to make a keynote speech on the July 4 holiday, was hijacking the celebration to bolster his own political standing and attack Democratic rivals. 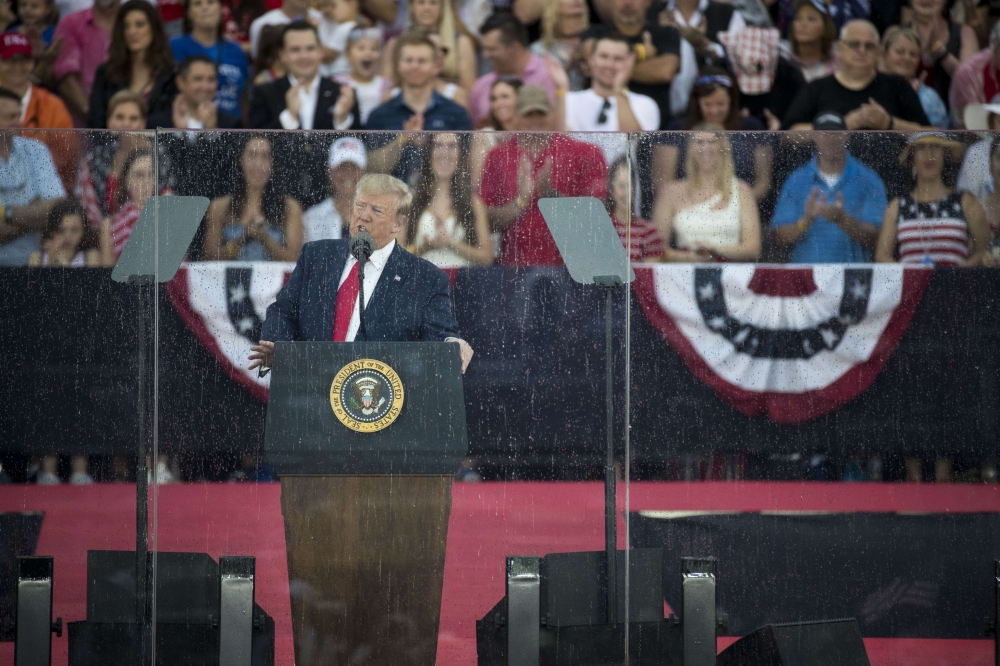 Instead, in a trickling rain, he repeatedly ascribed a singular greatness to the country, declaring it "the most exceptional nation in the history of the world."

"Today, we come together as one nation with this very special Salute to America. We celebrate our history, our people, and the heroes who proudly defend our flag - the brave men and women of the United States military!" he said.

"Our nation is stronger today than it ever was before. It is its strongest now," he said.

Surrounded by the top officers of the Pentagon, and a panoply of invited Republican officials and VIP donors, the event allowed Trump to stake a strong claim to patriotic fervor 16 months ahead of a presidential election with polls showing his potential Democratic rivals holding a significant edge over him.

Trump originally wanted a grand military parade for the holiday, ostensibly inspired by France's rollout of its military might on its own national day.

But instead, he got a scaled-back version, with some US armored vehicles parked for display and a flyover by the president's own Air Force One jet, the B2 bomber, attack helicopters, and the Navy's Blue Angels flying team.

It was a military show that has been absent from the US capital for decades, and Trump's foes blasted it ahead of time as a show of militarism.

"What, I wonder, will Donald Trump say this evening when he speaks to the nation at an event designed more to stroke his ego than celebrate American ideals?" said leading Democratic White House contender Joe Biden in a speech in Iowa earlier Thursday.