Trump puts on weight, but in 'very good health:' doctor

President Donald Trump is technically obese and has put on weight since last year, but his official doctor declared him Thursday to be in "very good health."

"It is my determination that the president remains in very good health overall," he said in a brief statement.

Trump, who has confounded health experts with his penchant for junk food and avoidance of strenuous exercise, weighs 243 pounds (110 kg), the report said.

This is a little bulkier than the 239 pounds recorded last year, which was already considered too much. The resting heart rate has gone up too, at 70 beats a minute, compared to 68 beats last year.

The results "show a 72-year-old male who meets criteria for obesity with a BMI (body mass index) of 30," Strange said.

That contributes to the fact that "his cardiac risk scores are higher than normal," Strange said in a statement. However, the president is "in good health despite being mildly obese."

Trump has a history of high cholesterol and this year the dosage of his anti-cholesterol medicine Rosuvastatin was raised from a low 10mg a day to 40mg, Conley said. 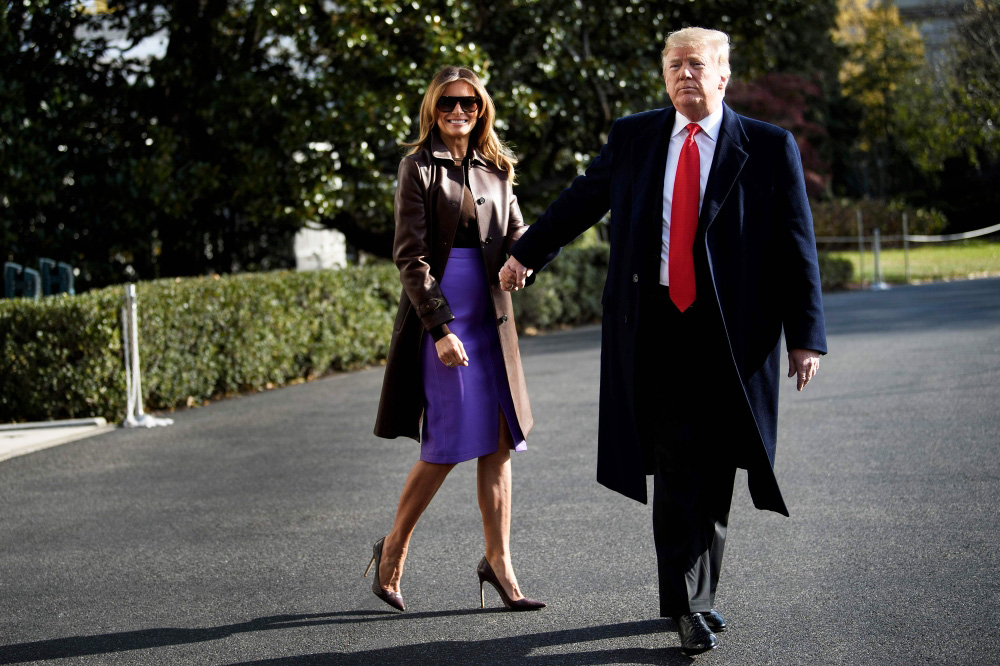 "There were no findings of significance or changes to report on his physical exam, including the eyes, ears, nose, mouth, teeth/gums, heart, lungs, skin, gastrointestinal, and neurologic systems," Conley's medical summary said.

Trump may have an unhealthy lifestyle and a stressful job, but on the plus side he doesn't smoke.

Trump has described his chief exercise as walking around the White House compound and standing up at public events. A slightly more active pastime is his beloved golf.