At least two people were killed and six more were missing after torrential rains and severe flooding in parts of Indonesia, the disaster agency said Friday, forcing the evacuation of hundreds of people.

Heavy rain has pounded Indonesia for days, forcing the Citarum river - dubbed "the world's dirtiest" - on Java island to burst its banks, and causing deadly flash floods in the eastern part of the sprawling Southeast Asian archipelago.

Residents in a dozen communities on the outskirts of Bandung city, east of the capital Jakarta, were forced to wade through streets filled with chest-high water in places.

Images from the scene showed residents being moved to safety on pontoon boats and small wooden vessels. 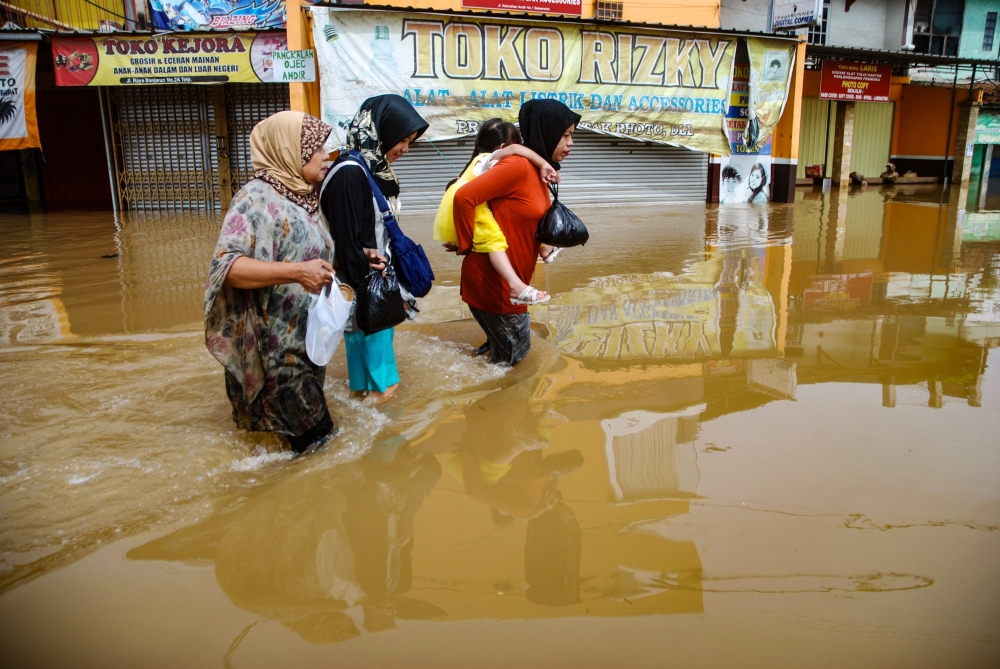 Floods and landslides killed a pair of residents in East Nusa Tenggara province on the island of Flores, the agency said.

Flooding is common during Indonesia's rainy season, which runs roughly from October to April.

In January, at least 70 people were killed when floods and landslides hit South Sulawesi province.

The latest floods have affected over 30,000 people in parts of West Java and East Java provinces, the disaster agency said.

The Citarum - a nearly 300-kilometre (185-mile) water body that is a key source for hydroelectric power for Indonesia's most populous island Java and tourism hotspot Bali - regularly bursts its banks during torrential rains.

The World Bank declared it the most polluted river in the world a decade ago, a description widely picked up by media and environmentalists. 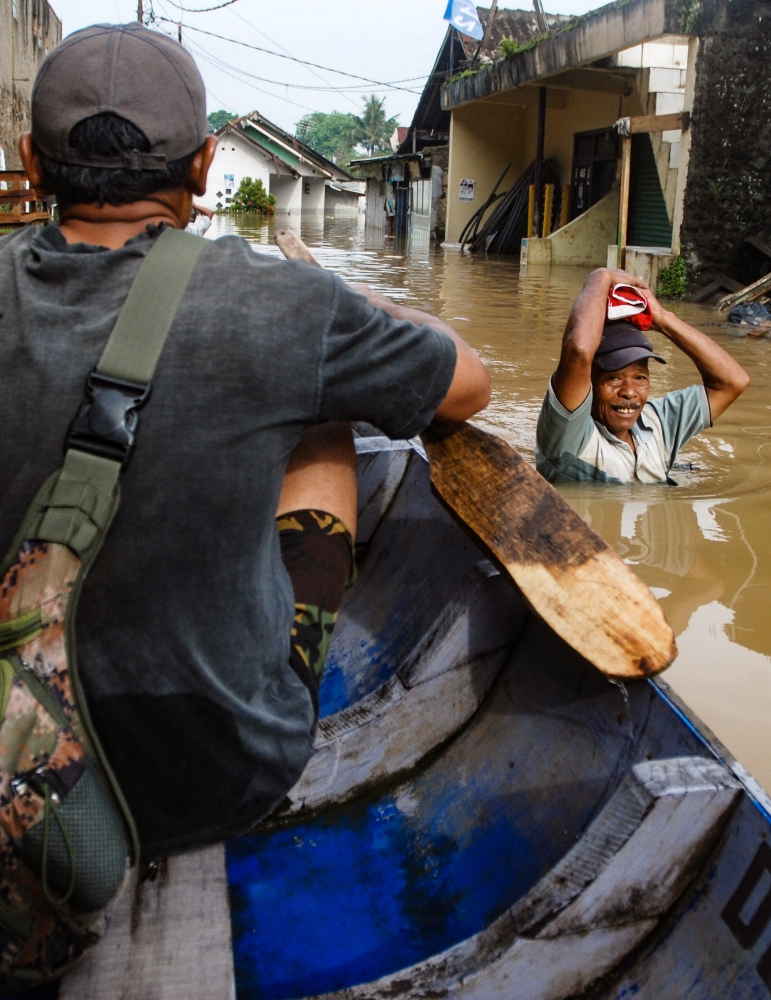 Faced with a public health emergency after decades of failed clean-up efforts, Jakarta last year stepped in with a bold plan to make the Citarum's toxic waters drinkable by 2025.

The river has long been a floating carpet of household rubbish, animal faeces and toxic chemicals dumped by nearby factories.