Officials at the National Center of Meteorology and Seismology (NCMS) warned the winter weather will last until at least the weekend.

While heavy rain lashed the northern and eastern emirates, parts of Dubai and Sharjah received different intensities of rain combined with hail.

There have been reports of water logging in Bur Dubai, Deira, Al Nahda and also other areas of Sharjah. 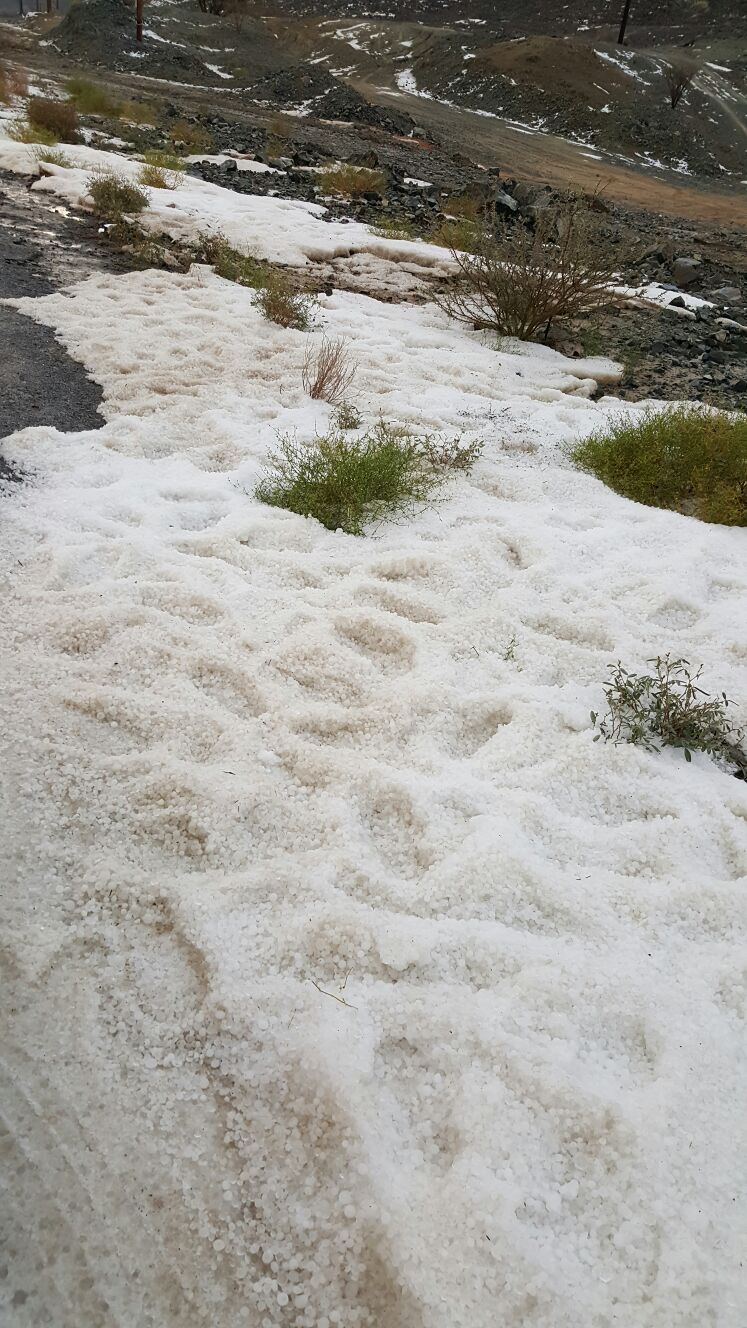 Motorists last evening reported that the traffic in many places in Dubai and Shajah were either at standstill or moving very slowly on the major roads.

The ongoing Dubai Duty Free Tennis Championship matches were postponed after a downpour.

Only one singles match was completed on the third day of the event before rain halted play.

The rainfall ranged between medium and heavy, and was accompanied by lightning and thunder, causing a drop in temperature and increase in the water flow in the valleys. The sky is still cloudy which promises more rain in the coming hours.

Dubai Police have urged resident to, "Reduce speed during heavy rain to avoid sudden sliding of your vehicle."

Motorists were also advised to avoid mountain areas, valleys and streams and to take care while driving through flooded areas as water may affect braking distances.

Dubai Municipality has been working around the clock to remove any accumulations of water in the city.

On their Instagram page they wrote: "We've registered 50 complaints from the Call Centre since the rain started and the team is continuing with their efforts to ensure facilitation of traffic without the presence of any water accumulations on all roads. Please contact us on 800900 if you are facing any issues."

Fujairah and its surrounding areas and villages experienced torrential to medium rainfall today.

The rainfall ranged between medium and heavy, and was accompanied by lightning and thunder, causing a drop in temperature and increasing the water flow in the valleys.

The sky is still cloudy which promises more rain in the coming hours.

NCMS weather forecast for Thursday says a low pressure will continue over the Northern and Eastern areas associated with rainfall especially to east during the daytime.

Low pressure will gradually move to eastward by afternoon.

Fog will form over the interior and western region in the morning with moderate easterly to northeasterly winds.

The sea will remain moderate and rough at times during day time in case of convective clouds.

Friday and Saturday's forecast show stable weather. There are chances of fog formation over scattered areas.