A Salvadoran woman whose husband and toddler daughter drowned trying to cross the Rio Grande into Texas this week returned to her country Friday ahead of the bodies of her lost loved ones, a heartbreaking photograph of whom prompted an outpouring of grief.

Tania Vanessa Ávalos arrived in El Salvador with a family friend who had gone with them on their ill-fated journey to the United States. Visibly shaken, she did not comment. Officials say she has asked the media to respect her mourning and leave her alone.

Authorities decided for logistical reasons to transport by land the bodies of husband Óscar Alberto Martínez Ramírez, 25, and Valeria, 23 months, and they were expected to arrive Sunday. 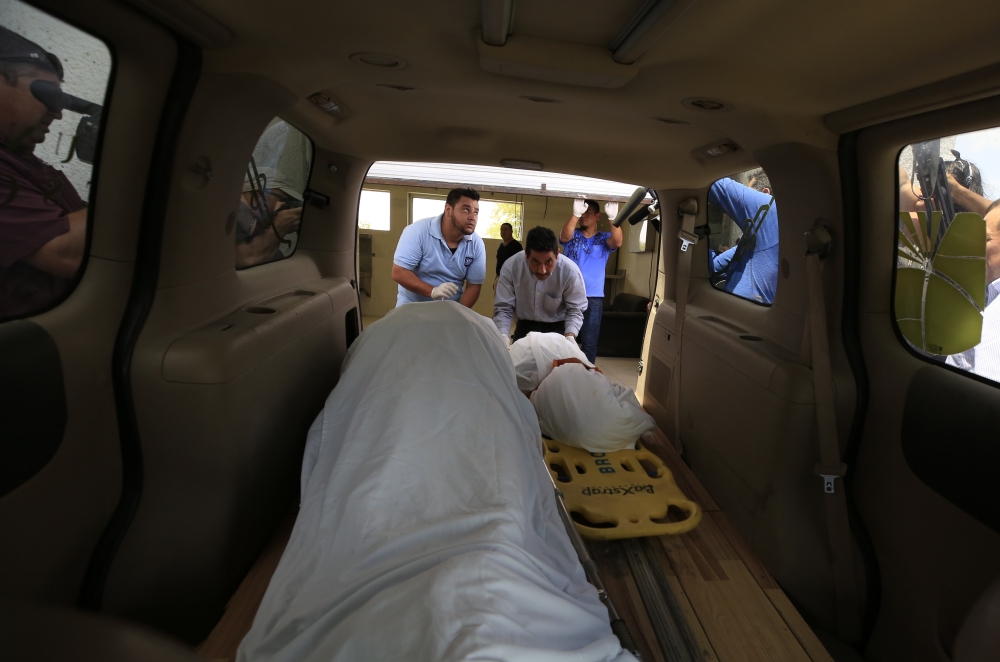 Martínez and Valeria were swept away by the border river between Matamoros, Mexico, and Brownsville, Texas, on Sunday, and their bodies were found the next morning.

The photograph of them face down along the bank with the girl tucked inside his shirt and her arm draped over his neck underscored the perils that migrants and asylum seekers face in trying to reach the United States.

Viviana Martínez, a pregnant woman who left Cuba with her husband and toddler son, said they had seen the picture online and it had “broken the hearts” of the migrant community there.

She confessed that a few days earlier, she stood on the grassy riverbank trying to map out how she might make it.

“I’ll be honest. A few days before this terrible accident I was thinking (about it) out of desperation. … I was even looking at how to cross, but thank God I stopped myself because I didn’t want to risk the life of my child,” Martínez said.

The family remains camped out near the Matamoros border station. Not knowing the health of her unborn baby has made Martínez so impatient that she understands why people would risk everything.

“Maybe when people are here for a while they forget about that, and if things continue like this, very slow, they might take these risks,” she said.

U.S. “metering” policies have dramatically reduced the numbers of people who are allowed to claim asylum on a given day, following a surge of mostly Central American migrants this year.

There are 2,165 names on the waitlist in Matamoros, while processing has slowed to a trickle: two people one day, a family the day before, nobody at all the two days before that.

“That doesn’t mean that all those 2,165 are here in Matamoros, because sometimes people get desperate … it might take you two or three months to cross here,” said activist Glady Edith Cañas Aguilar of Helping Them Triumph, a local group that helps migrants.

Anthony Villalobos, a 40-year-old architect from Maracaibo, Venezuela, left the economic and political chaos of his country with his wife and two children aged 4 and 8.

They arrived in Matamoros May 29 and have now been waiting for nearly a month, but he thinks it’s worth it for the opportunity to start over in the U.S.: “Your life can change. … It is a country of possibilities.”

The family entered Mexico legally, but many Central Americans did so irregularly and some even lack passports. That exposes them to deportation by Mexican authorities, who have stepped up immigration enforcement in response to U.S. pressure. For those who fled violence back home, that’s a feared outcome.

“Most people here have their lives at stake. … Maybe you’d get killed in your country,” Villalobos said.

So while he feels safe and is content to wait, he thinks some will continue to tempt fate despite the drownings.

“‘They deport me from Mexico, or I cross the river,'” Villalobos said, of the choice others face. “Those people would rather take that risk than return to their country.”