A video claiming to show a woman twirling a baby in the air has become a huge internet hit.

She says the practice helps them to develop and that they become "early readers, singers, talkers and swimmers", reports The Sun.

The Russian yoga teacher is seen apparently swinging a girl called Platona Goryun by her hands and feet.

The clip was shot in Egypt, where Lena is based - but last night it was believed the "baby" was a lifelike doll.


The baby who stays in the slums near Antop Hill with her parents, was playing outside her home when she was lured with chocolates by the accused Aroz Shaikh, a carpenter.


The victim's mother raised an alarm when she could not sight her daughter. Her neighbours started searching for her in the area.


When the neighbours reached Shaikh's house, they heard cries of a baby from the house and when they broke open the door, they found the girl lying without any clothes on her and was crying.

NALGONDA: Parents allegedly murdered their 16-year-old daughter after they came to know about her pregnancy out of wedlock.

The shocking incident took place in the hillocks of Indian state of Andhra Pradesh.

The girl died of excessive bleeding after her father allegedly slashed her stomach with a sharp knife. Writhing in severe pain, the girl breathed her last.

To hush up the matter, the father buried both his daughter and the five-month-old foetus.

The issue came to light in the evening after relatives questioned about the whereabouts of the girl. The mother spilled the beans.


The Sunday Times revealed that the underage girl won the competition on December 30 after she used a friend's ID and tricked the Roebuck Bay Hotel into thinking she was 18.

The girl, from the eastern states, was visiting relatives in Broome and tried her luck at the competition allegedly also baring her breasts in front of a cheering crowd. The feat earned her first prize and a $500 cheque.

Police Sgt Graham Clifford yesterday confirmed that drug and alcohol officers were called in to investigate after a complaint from a member of the public who said the underage girl had become "the talk of the town".

As a result of the investigation, a $1000 infringement was issued to the hotel licensee, a $400 fine was handed out to the security contractors at the event and the 18-year-old who gave the girl her ID was fined $200.
The 16-year-old was cautioned. 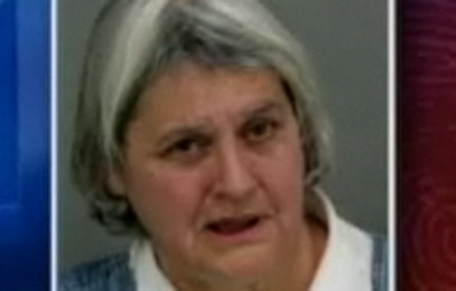 NEW YORK: A woman suspected of snatching a baby from a New York hospital in 1987 turned herself in Sunday, the FBI said, days after her now-adult victim was amazingly reunited with her real mother.

Carlina White was just 19 days old when she was abducted from a hospital in Harlem but says she grew up with nagging doubts she was being raised by the wrong family.

Around Christmas time, White called a hotline at the National Center for Missing Children, saying simply: "I feel like I don't know who I am."

Investigators soon matched her to the unsolved 1987 case and, after a DNA test, she and her real family were reunited.

A warrant for the main suspect, Ann Pettway, was issued on Friday for breaking her parole in North Carolina, where she faces embezzlement charges.

"In the latter part of the morning, she surrendered to the FBI and to the Bridgeport (Connecticut) police department on the parole violation out of North Carolina," FBI spokesman William Reiner told AFP.

"We arrested her based upon that parole violation and we are assisting the New York office in their child abduction investigation."

Although the arrest warrant is for the parole violation, federal charges can now be brought against Pettway over the White abduction case.

White alleges she was beaten by her abductor, a drug-user, and told New York tabloids she had spent her whole life with doubts.

"I'm overwhelmed. I'm just happy. It's like a movie. It's all brand new to me," she told the Daily News, which showed a beaming picture of her on Thursday alongside her real parents.