Kuwaiti police seized a naked man on a street in the capital after he was allegedly beat up and stripped off by unknown assailants, the Arabic language daily Alanba reported on Monday.

The unnamed man told police he was heading for a date with a girl he had known through internet when he was stopped by three men in Kuwait City.

“He said the three beat him up and stripped all his clothes before dumping him on the main road,” the paper said.

A Ferrari driver rammed and attacked a motorist who would not let him overtake, according to The Sun.

The crazed owner of the £166,000 Ferrari 485 repeatedly ran into the back of the Fiat 600 driver on a busy motorway, forcing him on to the hard shoulder.

He then smashed the smaller car's window and, with his passenger, battered the 32-year-old victim.

Colonel Mauro Conte, of Rome police, said: "This was a dangerous incident that could have led to any number of people being killed or seriously injured."

Gender selection is illegal in India, but a growing number of women like Aamita are finding a way round the ban by going to Thailand where there are no laws against it, according to The Times of India.

Doctors use preimplantation genetic diagnosis (PGD), a method that involves producing embryos through IVF and implanting only those of the desired gender into the womb. Results are nearly 100% accurate.

One clinic in Bangkok reports a significant increase in enquiries from India in the last year, while another claims web enquiries from Indian couples have doubled in the past 10 months. At around $8,500, excluding flights, it's not cheap, but it seems a price couples are willing to pay.

"I don't remember an Indian couple ever asking for a girl," acknowledges Richard Burtan-Sanchez, a consultant at Gender Selection Bangkok.

Aamita, 35, explains her decision, "I already had two grown-up girls and I never thought I wanted to have another baby. But one day I started thinking I don't have a complete family. My daughters are missing the chance to have a brother: the security, the festivals, going to his home when they're older. I didn't want to keep going for an abortion and this way I could be sure of getting a boy. My husband thought I was mad wanting to have a baby at my age. I went by myself to a clinic in Bangkok. I was there for just a week. It was an easy experience, actually more like a holiday."

Couples from around the world flock to Thailand for cheap, reliable gender selection treatment. But while half of them from the UK, Australia, Europe and the US are looking to have girls to balance their families, Indian couples have only one motivation. 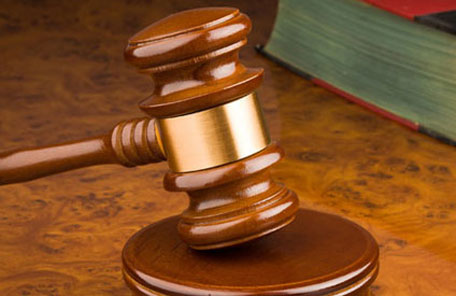 A Queens, N.Y., costume company and Hebrew University of Jerusalem have collided over the rights to Albert Einstein's face, the New York Post reported.

The Israeli university that inherited the physicist's papers in his will ensures it gets paid every time Einstein's name or image is used commercially, in everything from "Baby Einstein" videos to TV commercials.

The university secured a trademark on the Einstein name in 2003, and earned $10 million last year alone from the use of Einstein's name and image.

Now it has gone after Forum Novelties, which sells "disguise kits" for kids. The company’s Albert Einstein likeness includes a white, curly-haired wig and a white moustache, as is part of its "Heroes in History" line.

Hebrew University wants to be paid each time Forum sells such a kit, but the company has fought back, claiming the school has made a critical blunder in its pursuit of profit.

Forum claimed in a lawsuit it filed last week in Manhattan, N.Y., federal court that the school has no right to publicize and profit from Einstein's name.

Einstein might have left his papers and the literary rights from his estate to the school when he died in 1955 at age 76, but he died in New Jersey - and under New Jersey law, a person has a right of publicity only if he or she commercially exploits their name before they die.

Forum Novelties asserts that Einstein did not, so Hebrew University was in the wrong. "HUJ cannot 'inherit' rights from Albert Einstein which did not exist at the time of his death," according to court papers.

Hebrew University of Jerusalem, and its licensing agent Greenlight, which was also named in the Forum Novelties suit, did not respond to messages requesting comment.

Council rangers in Melbourne's north are looking for a dog that mauled a Jack Russell dog to death at Westmeadows yesterday.

A woman in her fifties was walking her dog along a path near Raleigh street about 7.30am (AEST) when the dog was attacked by what is thought to be a Husky that was running loose.

The Husky ran off after the attack.

The Jack Russell died and its owner received minor hand injuries in the attack.

Rangers from the City of Hume and police are investigating the attack and have called for anyone with information to come forward.