Firefighters have rescued eight ducklings from a storm drain on the University of Connecticut campus. 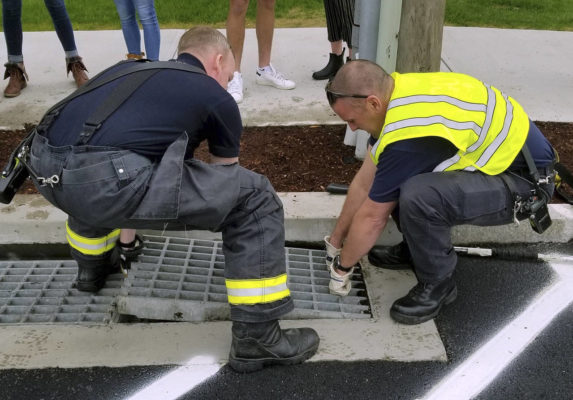 The school says bystanders walking near the chemistry building called the fire department after noticing a mother duck and two ducklings crying outside the drain on Sunday evening.

The school says a firefighter attached to a safety rope used a ladder to reach six of the eight ducklings and bring them out.

The other two had made their way down a drain pipe. Crews lured those two out using a cord attached to small dish filled with Rice Krispies.

The school says the duck family was reunited and has returned to a nearby lake.