Men stand near the dried riverbed of the river Doubs near La Longeville, between Pontarlier and Morteau, eastern France, on August 12, 2018. The Doubs near Pontarlier has dried up in spite of abundant precipitations this winter and spring - a situation that is due to geological faults that empty the river. (AFP) 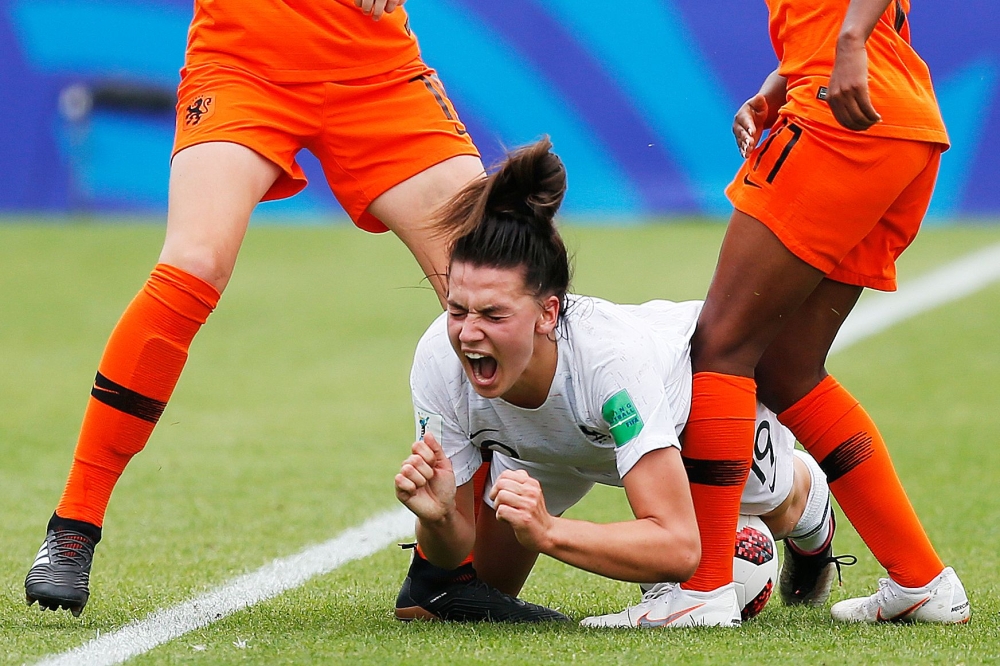 France's Amelie Delabre falls down during the Women World Cup U20 football match between France and Netherlands, on August 12, 2018 at the Marville stadium in Saint-Malo, north-western France. (AFP) 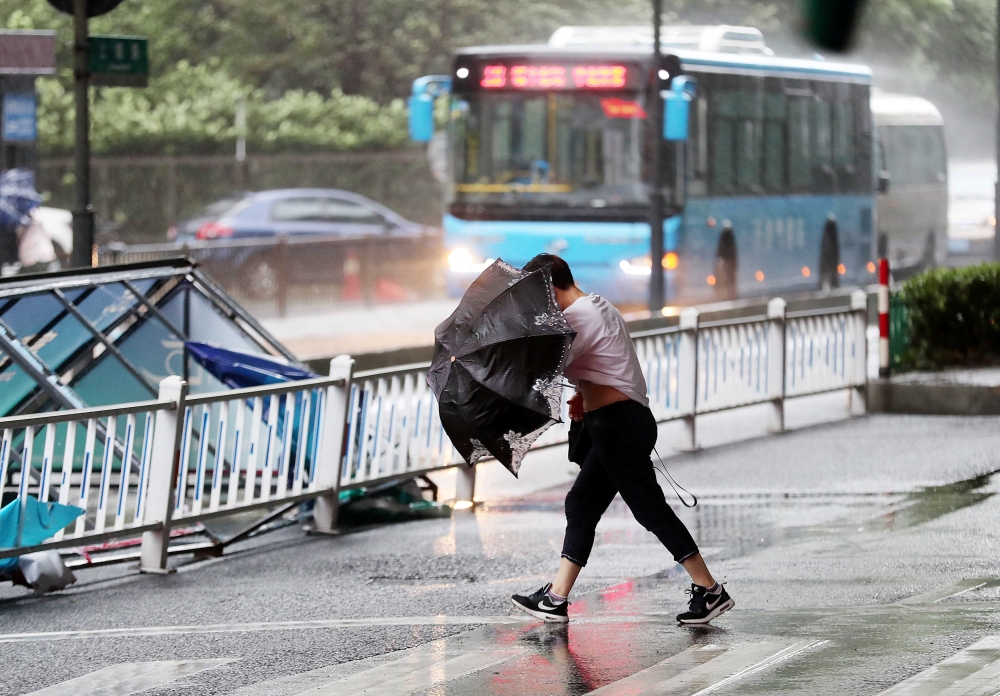 Pedestrian crossing a road holds an umbrella against wind brought by Typhoon Yagi, in Hangzhou. (Reuters) 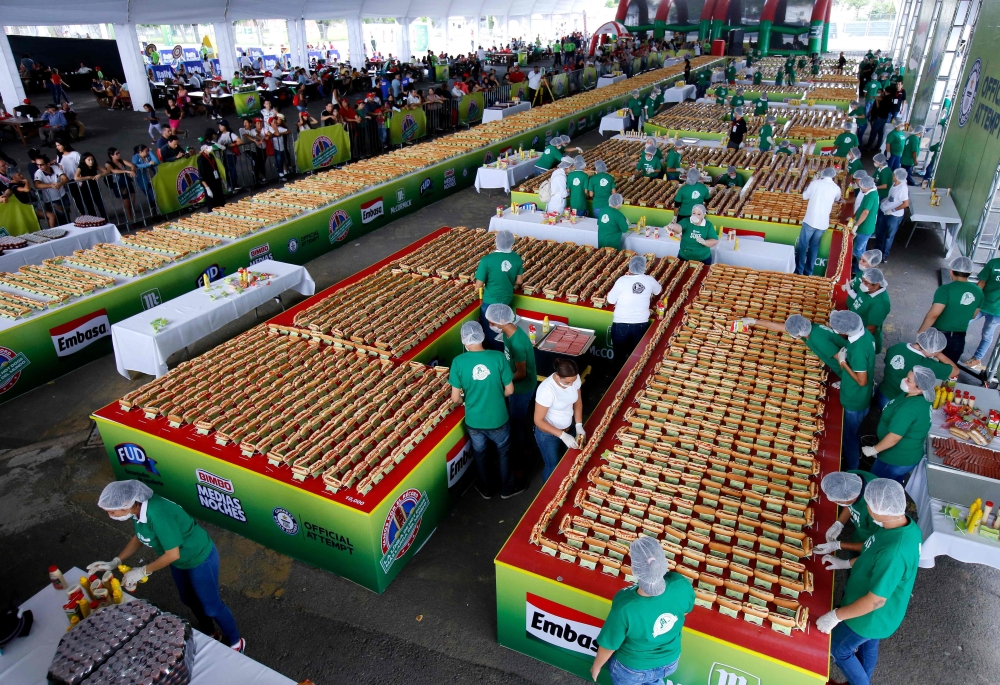 People prepare hundreds of Hot Dogs in an attempt to break the Guinness record of the longest hot dog line in Guadalajara, Jalisco State, on August 12, 2018. Mexico set a Guinness Record by presenting a row of hot-dogs of 1,417 meters long, the largest in the world. (AFP) 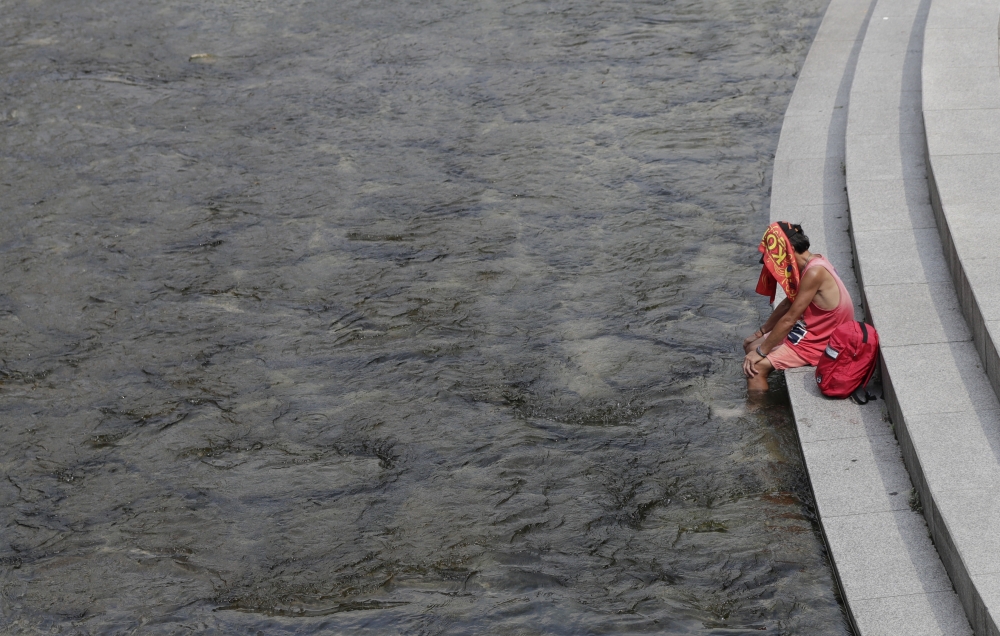 Amier El Refaie looks into the eyes of a cobra during his show at the Red Sea resort of Sharm El Sheikh, Egypt. (Reuters)

A boy swims during flood season in the floating village on the Mekong river bank on the outskirts of Phnom Penh, Cambodia. (AP)

Meteors streak past stars in the night sky during the Perseid meteor shower in Premnitz, west of Berlin, Germany. (Reuters) 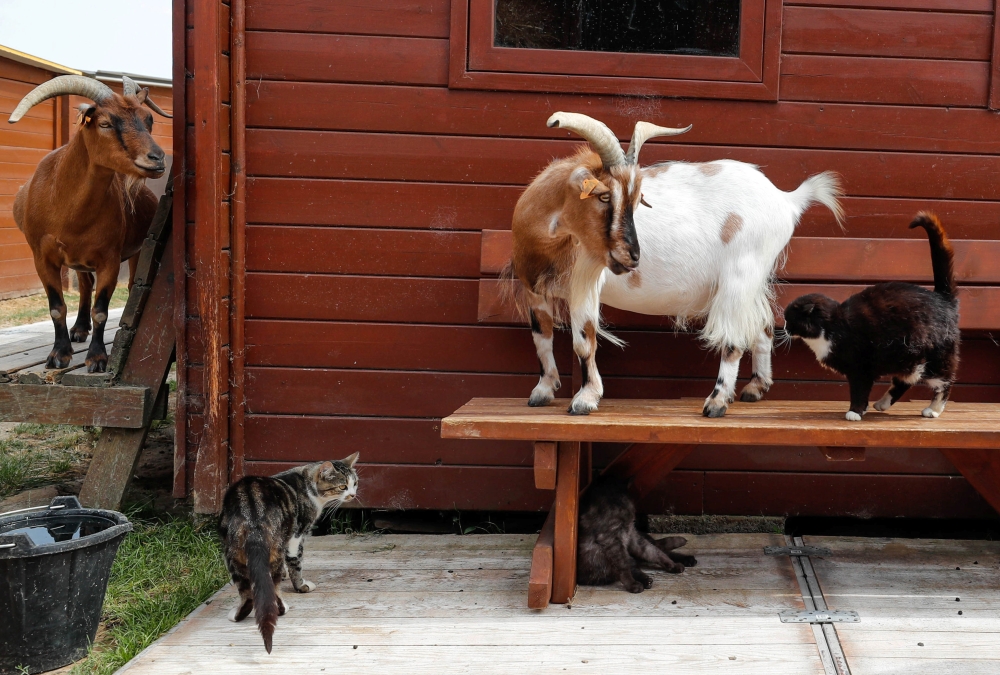 Cats and goats live together at the association "Les Petits Vieux" acting as home for dozens of elderly animals, including dogs, cats and goats, in Chievres, Belgium. (Reuters) 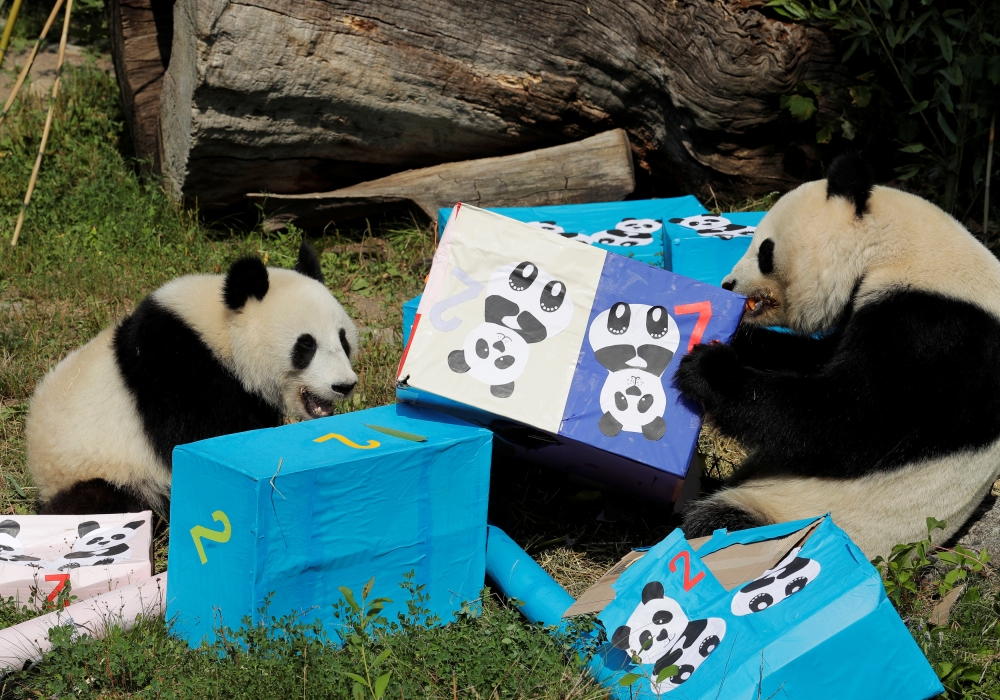