UK: A sick pet owner fed his little kitten to a python and to make matters worse, shot a video of the python in action, reports The Sun (http://bit.ly/srWkrz).

The clip shows the owner (features hidden from camera) carrying in the playful kitten from another room. The poor victim is placed on the bed while the python is partially hidden on the bed. The kitten maintains its distance initially but when the owner distracts the kitten by playing with it, the kitten turns its back to the python.

The pythin seizes the opportunity and maintain a deadly grip on the kitten. When the kitten stops flapping its tail, the python gobbles up the kitten - head first, says the daily.

The paper describes the final shots of the clip as: "The crushed kitten's cries of agony as the life is squeezed out of her are drowned out by the strains of Christmas song Little Drummer Boy."

A chilling footnote at the end of the video promises more such 'feeding videos'.

YouTube users have posted images from the video clip on the site with requests to help capture the sadist pet owner.

A giggling girlfriend shot a video clip of her boyfriend's American bulldog named Bizzle gobbling some dunkers, a sweet treat, which has gone viral on YouTube.

Bizzle, who is almost two years old weighs a whopping 60kg, according to Herald Sun.

The clip shows Bizzle sitting on his master's lap, buttoned into his shirt and chomping away on dunkers.

Prisoner caught after leap to freedom 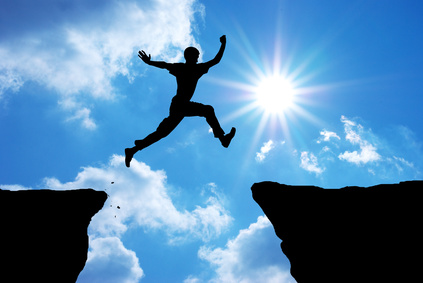 GENEVA: A prisoner at a Swiss jail had a brief taste of freedom on Saturday after hoisting himself on to the prison roof and leaping on to a surrounding wall several metres away.

The athletic inmate at Sion jail completed his escape by stealing a car he found nearby which had the keys left in the ignition, police in the Valais canton said.

The 22-year-old Tunisian, who was in custody for alleged theft and handling stolen goods, was later tracked down in a neighbouring canton about 40 kilometres (25 miles) away.

He was remanded after being treated for leg injuries, police said.

MAPUTO: Rumours of flesh-eating bananas in Mozambique have sparked a plummet in the sale of the fruit, prompting the health minister to reassure people of its safety.

"From the work conducted by the Ministries of Agriculture, Health and Trade and Industry, it was concluded that there is no record of entry of any infected banana in the country," according to a joint statement.

An email and text message hoax warning people against eating bananas for the next three weeks went viral as people feared being infected by necrotising fasciitis, or skin-eating disease.

The bacteria can destroy skin, fat and tissue covering the muscles.

The messages also advised people to see a doctor if they developed a fever after eating the killer fruit.

Especially bananas from KwaZulu-Natal province in neighbouring South Africa carried the virus, according to the hoax.

Banana sales in the capital Maputo fell sharply despite the fact that Mozambique does not import bananas from its neighbour.

In a separate statement South Africa's agriculture ministry denounced the messages as a hoax.

It strongly advised against burning the skin around the supposed infection, as suggested in the message.

BERLIN: A man who tried to hold up a bank that closed 17 years ago has been jailed for seven years, a court said, in what the Bild daily called Friday the case of "Germany's dumbest bank robber".

The regional court in the western city of Osnabrueck said the defendant, identified only as 57-year-old Siegfried K., arrived at the bank branch, now equipped only with cash machines, with a toy gun in May.

"This plan failed however due to the fact that the building has not held a bank for more than a decade but rather a physiotherapy practice," the court said in a statement.

Bild said the bank had moved out 17 years ago.

"After the defendant recognised the situation, he changed his plan and demanded a passer-by withdraw money from the cash machine," the court said.

"She withdrew 400 euros and the defendant made off with the cash in a car he had stolen."

He later abandoned the vehicle but left the plastic pistol, covered with his fingerprints, between the seats.

The court said Siegfried K. had confessed to the robbery and judges handed down a seven-year sentence on Tuesday due to 22 previous convictions over the last 40 years.