Man flies plane into his home after fight with wife

A Utah man flew a small plane into his own house early Monday just hours after he had been arrested for assaulting his wife in a nearby canyon where the couple went to talk over their problems, authorities said.

The pilot, Duane Youd, died. His wife and a child who were in the home survived despite the front part the two-story house being engulfed in flames, Payson police Sgt. Noemi Sandoval said. 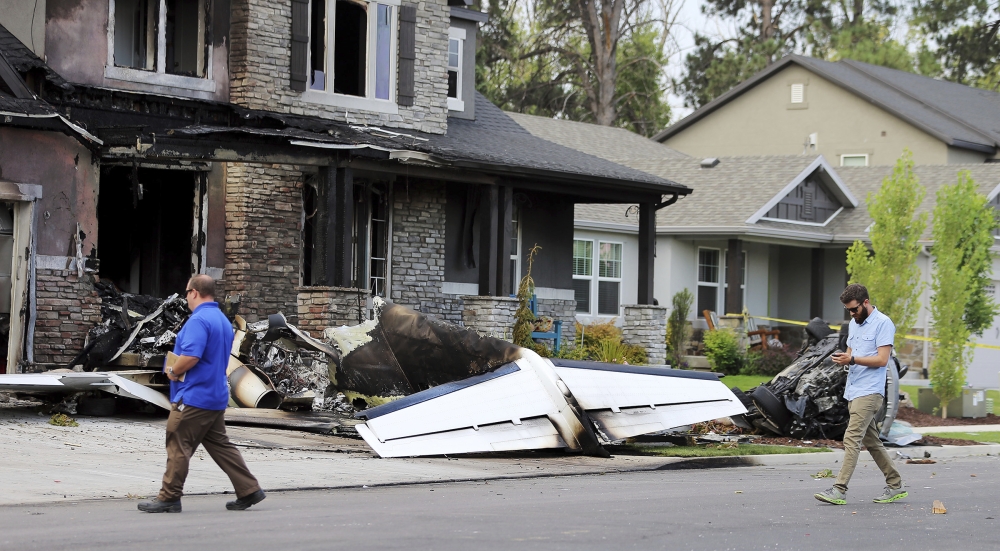 Investigators believe the twin-engine Cessna 525 belonged to Youd's employer and that he intentionally flew into his own house; Sandoval said he was an experienced pilot. It wasn't immediately clear who employed Youd or whether he was authorized to take the plane.

It's unknown if the child in the house is related to Youd, Sandoval said.

Youd, 47, was arrested about 7:30 p.m. Sunday after witnesses called police to report that he was assaulting his wife, Utah County Sheriff's Sgt. Spencer Cannon said. The couple had been drinking and went to American Fork Canyon to talk about problems they were having, authorities said.

Youd was booked on suspicion of domestic violence and posted bail, Cannon said. Youd requested an officer escort him to his home so he could get his truck and some belongings around midnight. That occurred without incident, Sandoval said.

Within hours, Youd was taking off in the plane from the Spanish Fork-Springville Airport about 15 miles (25 kilometers) north of his house. He flew directly to his neighborhood and smashed into his house, Sandoval said.

Photos of the wreckage showed the white plane charred and in pieces in the front yard nearby an overturned and crushed car. Most of the upscale house was still intact, but heavily burned in the front. Youd and his wife bought the 2,700 square foot house valued at nearly $400,000, in 2016 in a quiet subdivision of new homes near the foothills, county property records show.

The plane barely missed power lines and other homes, Sandoval said. The Federal Aviation Administration and National Transportation Safety Board are investigating.

Online court records show that Youd agreed last month to attend marriage and family counselling sessions for six months as part of a plea agreement following an April 8 domestic violence incident in which he was charged with disorderly conduct.

It is the second bizarre airplane incident in recent days. On Friday an employee stole a turboprop plane from Sea-Tac International Airport in Seattle and flew it for more than an hour before dying in a crash on an island southwest of Tacoma.