Motorists got a shock when a small plane made an emergency landing on a Southern California freeway just as the evening commute was getting underway.

The California Highway Patrol says vehicles had to swerve to avoid hitting the two-seat aircraft when it touched down on State Route 23 in Ventura County Monday. 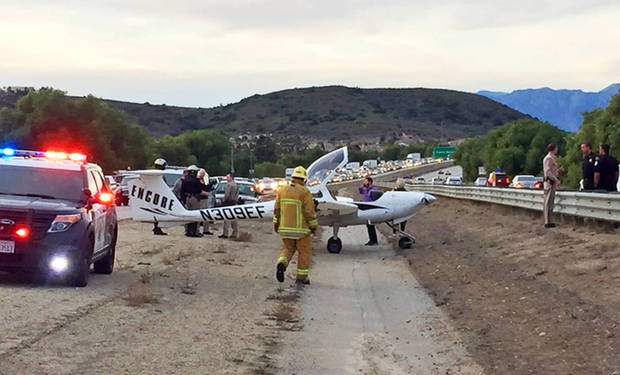 Student-pilot Danielle Lagree tells the Ventura County Star (https://bit.ly/1RJ94nW) she was flying with her instructor when the engine began to sputter. Lagree says the instructor calmly took over and managed to put the single-engine plane down in lanes without hitting any vehicles. Nobody was hurt.

The aircraft had left Van Nuys and was en route to Camarillo Airport. Southbound lanes were briefly blocked while crews towed the plane to the center divider.

The incident is under investigation.