World in Pictures: How crazy can it get...

A man samples the Inada Massage Chair, at The Luxury Technology Show, produced by RAND Luxury in Hollywood. (AFP)

A model poses with a 14-kilogram gold violin during a press preview at the Ginza Tanaka Jewellery shop in Tokyo. The gold violin made by Ginza Tanaka, based on the Yamaha musical instruments company's "YVN500S Stradivarius-type" violin, is valued at 1.25 million USD. (AFP)

People take pictures as they watch waves caused by a tidal bore at the bank of the Qiantang River, in Hangzhou, Zhejiang province. (Reuters)

Street artists on stilts perform in front of motorists at a traffic light in Ciudad Juarez, Mexico. (Reuters)

The head of a chicken is seen in a tank of water at Senen Market in Jakarta. (Reuters) A spotted black grouper in the waters of the Kermadec Islands off of New Zealand's northeast coast. (AFP) 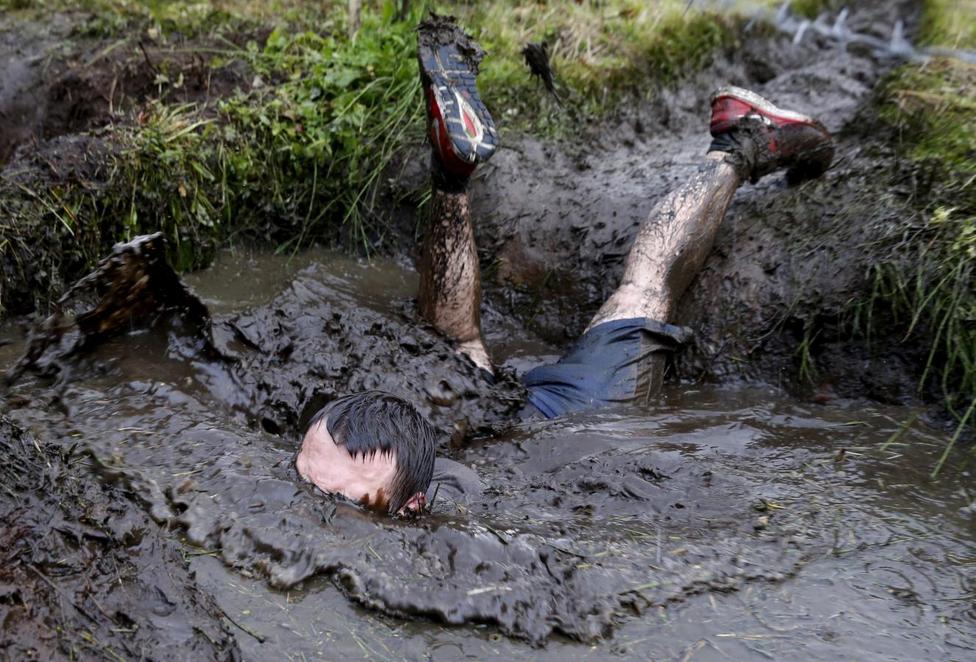 A man takes part in an extreme run competition in Zhodino, east of Minsk, September 26, 2015. (Reuters) 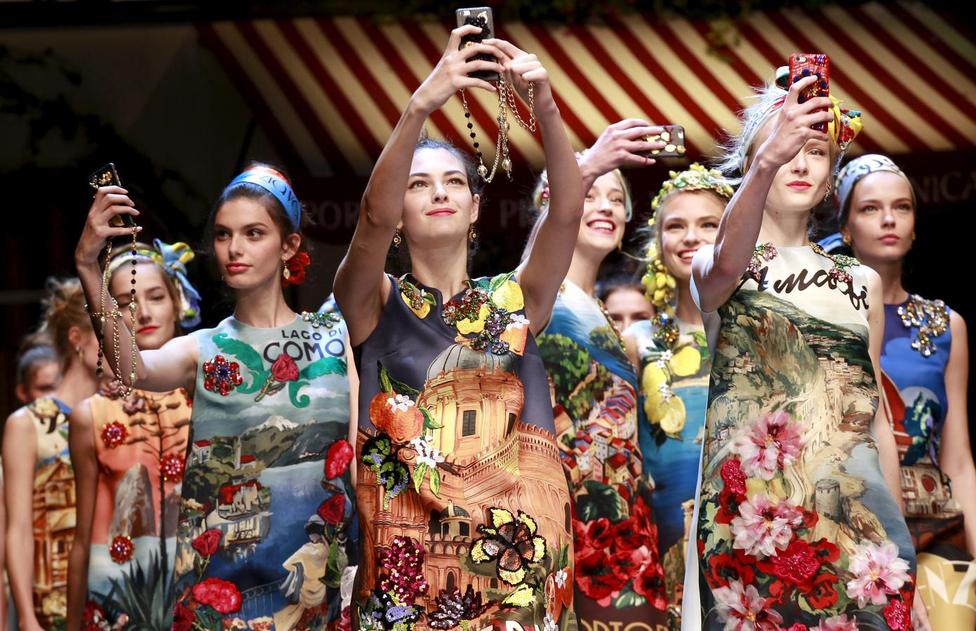 Models take selfie with mobile phones during the parade at the end of the Dolce & Gabbana Spring/Summer 2016 collection during Milan Fashion Week in Italy, September 27, 2015. (Reuters) 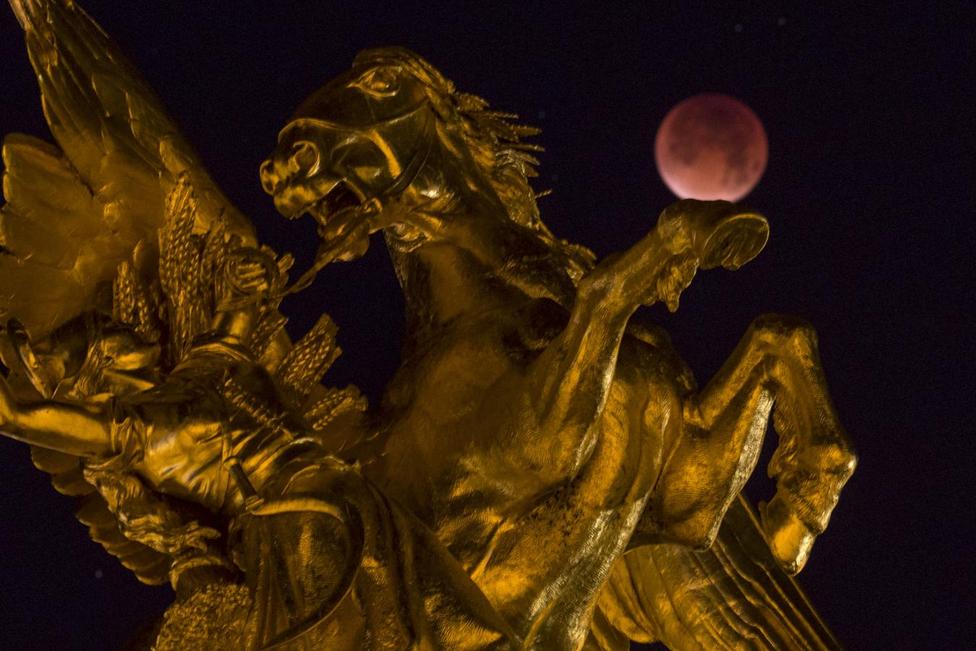 The Moon, appearing next to a statue on the Alexander III bridge, in a dim red colour, is covered by the Earth's shadow during a total lunar eclipse over Paris, France September 28, 2015. (Reuters) 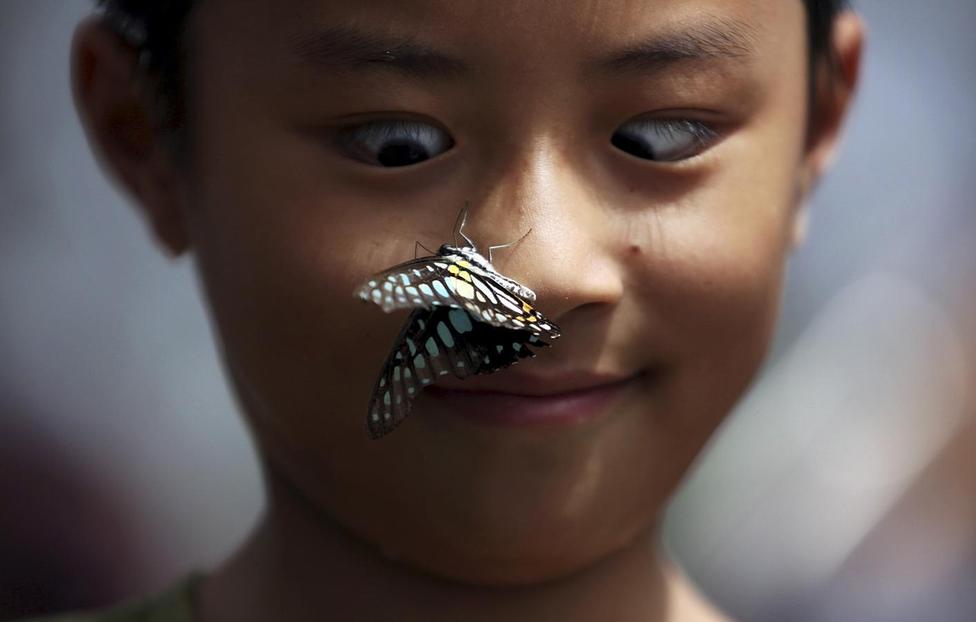 A boy reacts as a butterfly stops on his nose during a butterfly exhibition at a park in Kunming, Yunnan province, China, September 26, 2015. (Reuters) 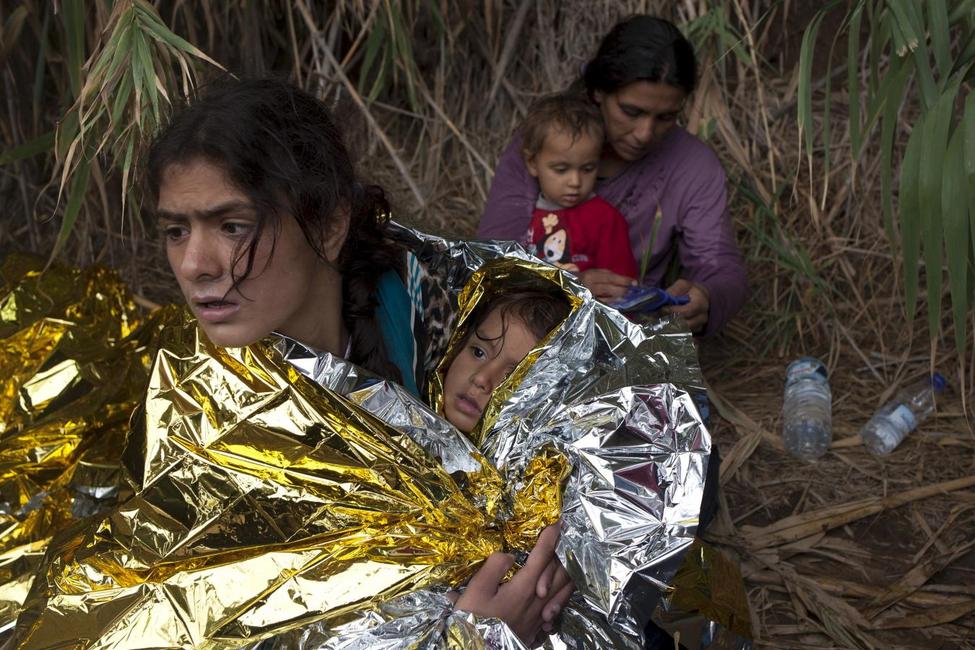 A Syrian refugee and a baby are wrapped with thermal blankets moments after arriving on an overcrowded dinghy on the Greek island of Lesbos after crossing a part of the Aegean Sea from the Turkish coast, September 28, 2015. (Reuters) 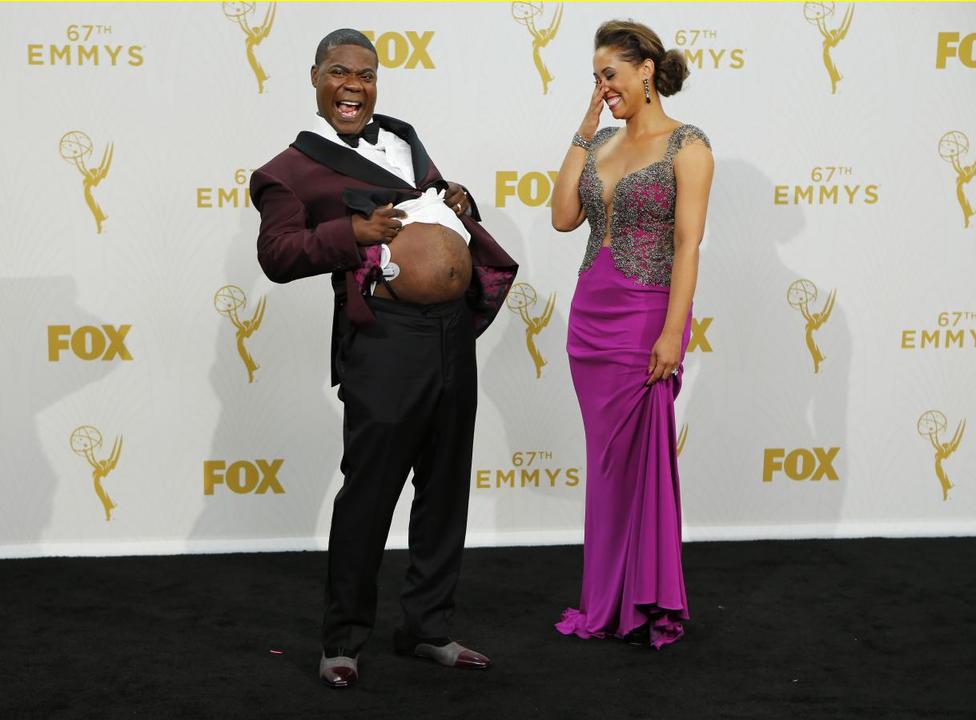 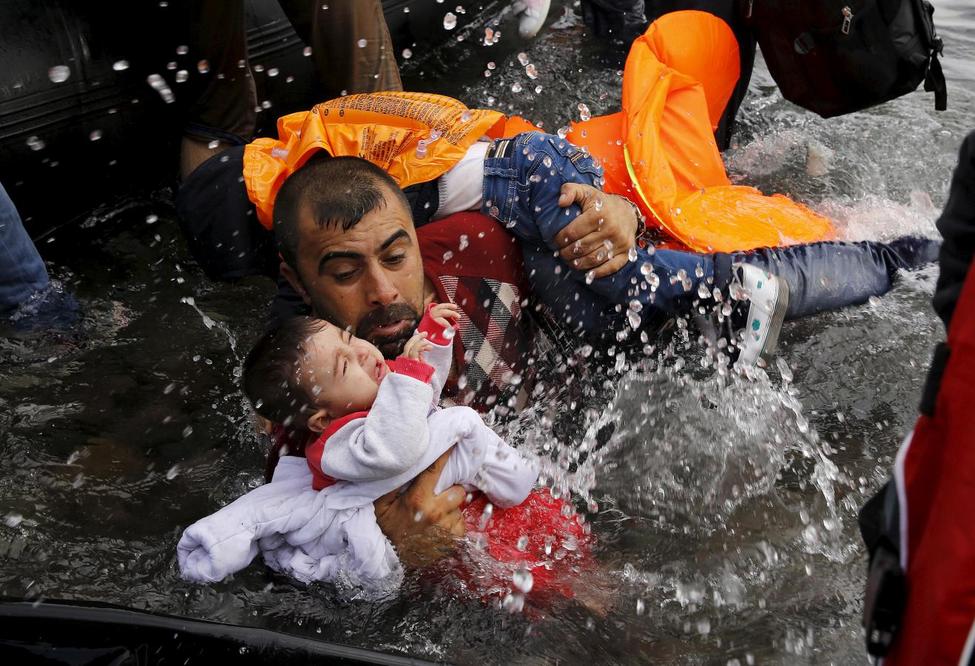 A Syrian refugee holds onto his children as he struggles to walk off a dinghy on the Greek island of Lesbos, after crossing a part of the Aegean Sea from Turkey to Lesbos, September 24, 2015. (Reuters) 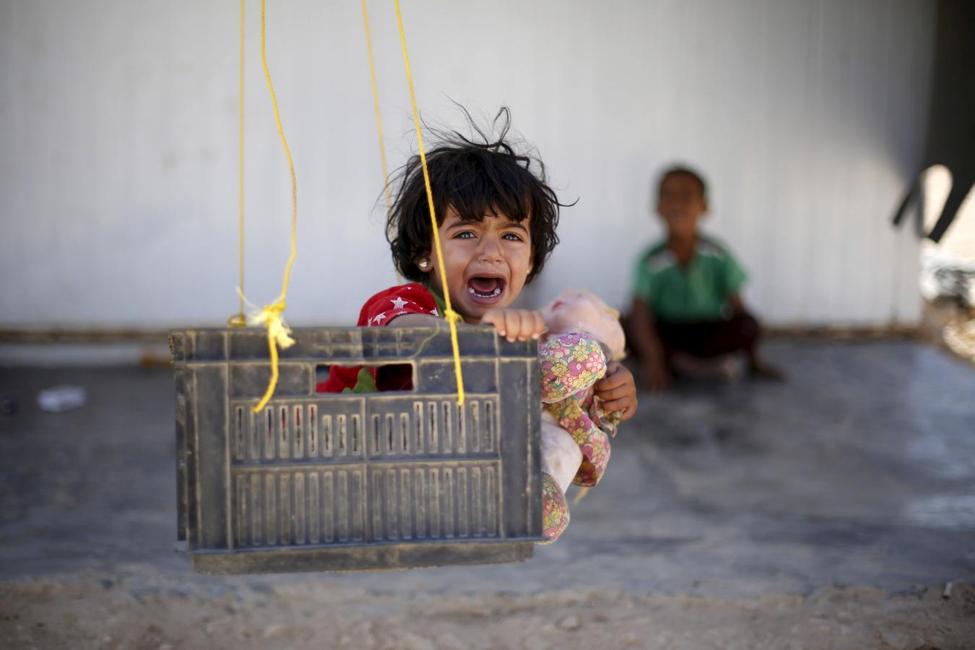 A Syrian refugee child reacts while sitting in a swing in Al Zaatari refugee camp, in the Jordanian city of Mafraq, near the border with Syria, September 19, 2015. (Reuters) 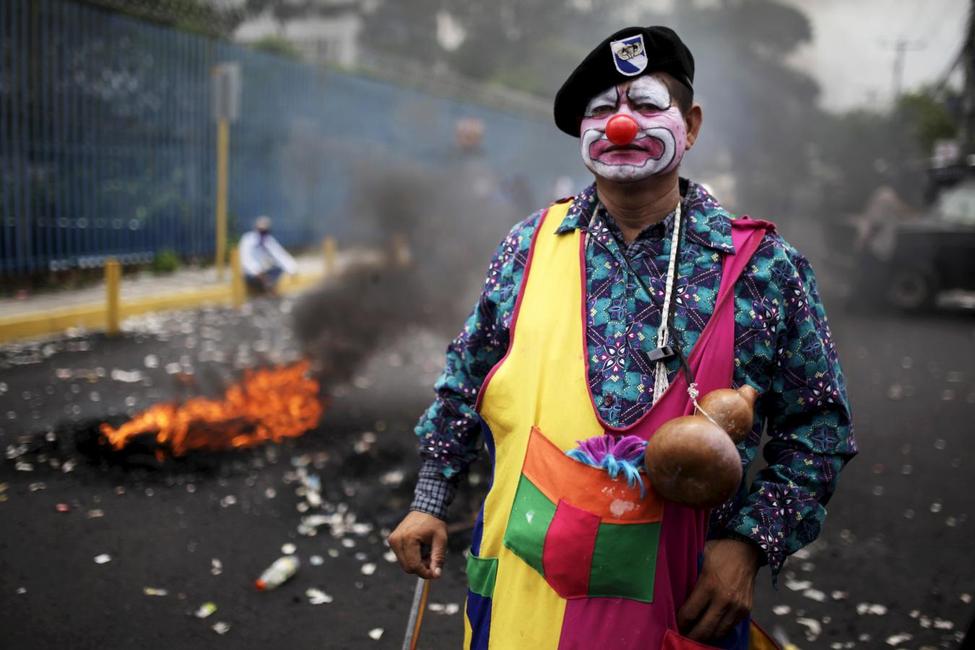 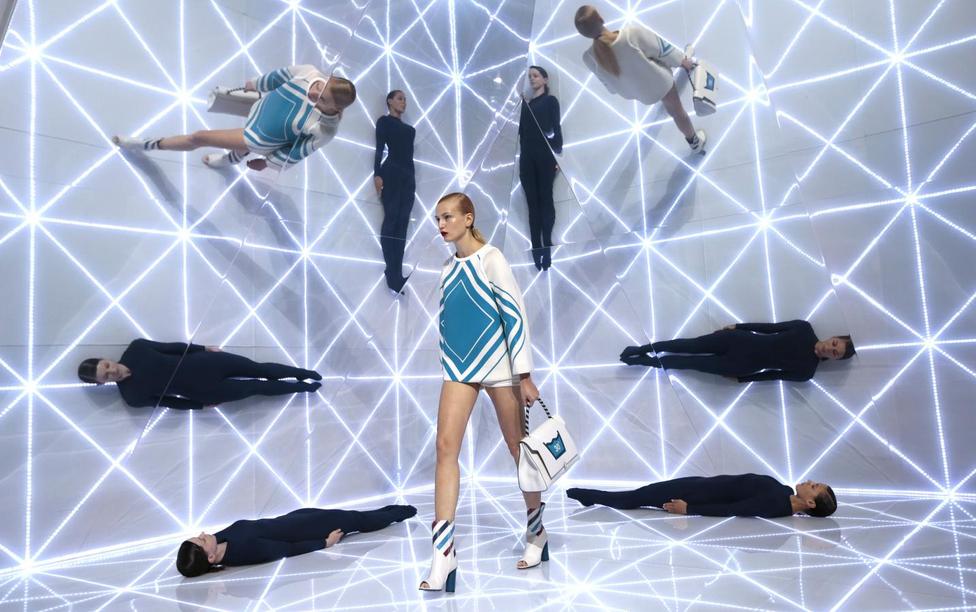 A model presents a creation from the Anya Hindmarch Spring/Summer 2016 collection during London Fashion Week in London, September 22, 2015. (Reuters) 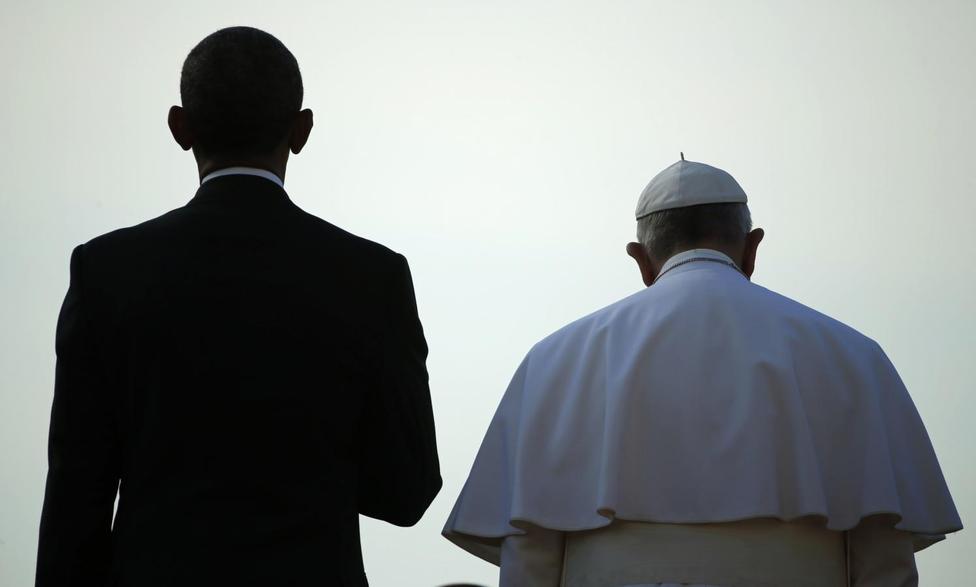 President Obama stands with Pope Francis during an arrival ceremony for the pope at the White House, September 23, 2015. (Reuters) 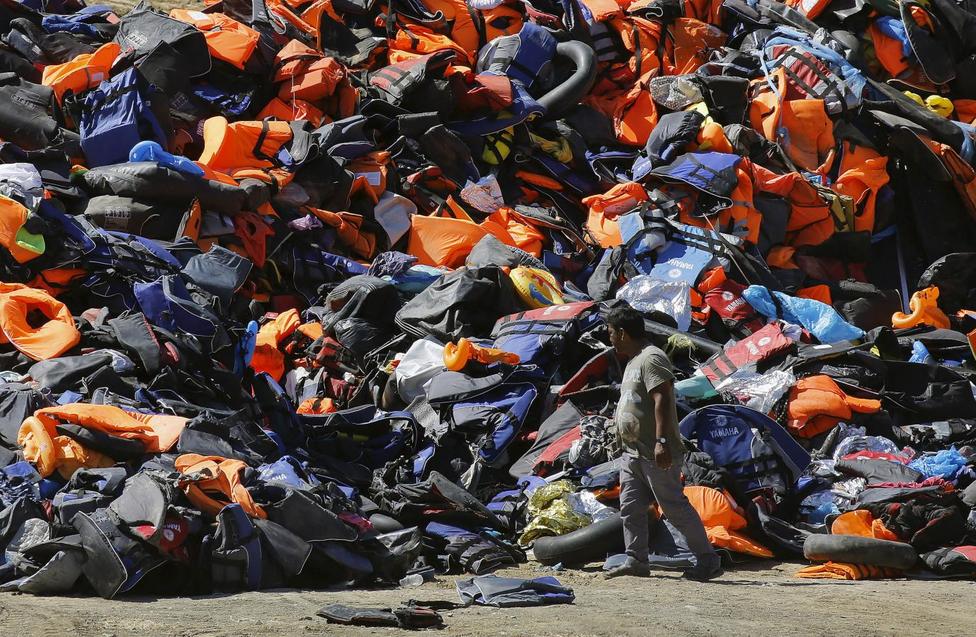 A local surveys a huge pile of deflated dinghies, tubes and life vests left by arriving refugees and migrants on the Greek island of Lesbos, September 18, 2015. (Reuters) 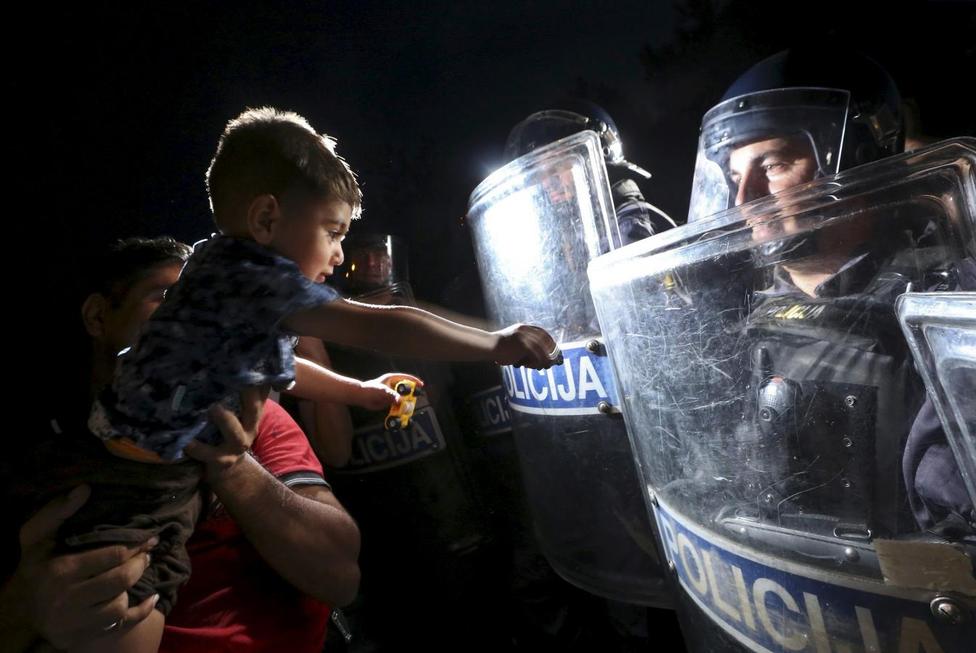 A migrant holds a child in front of Slovenian police at the boarder from Croatia to Slovenia in Harmica, Croatia, September 18, 2015.(Reuters) 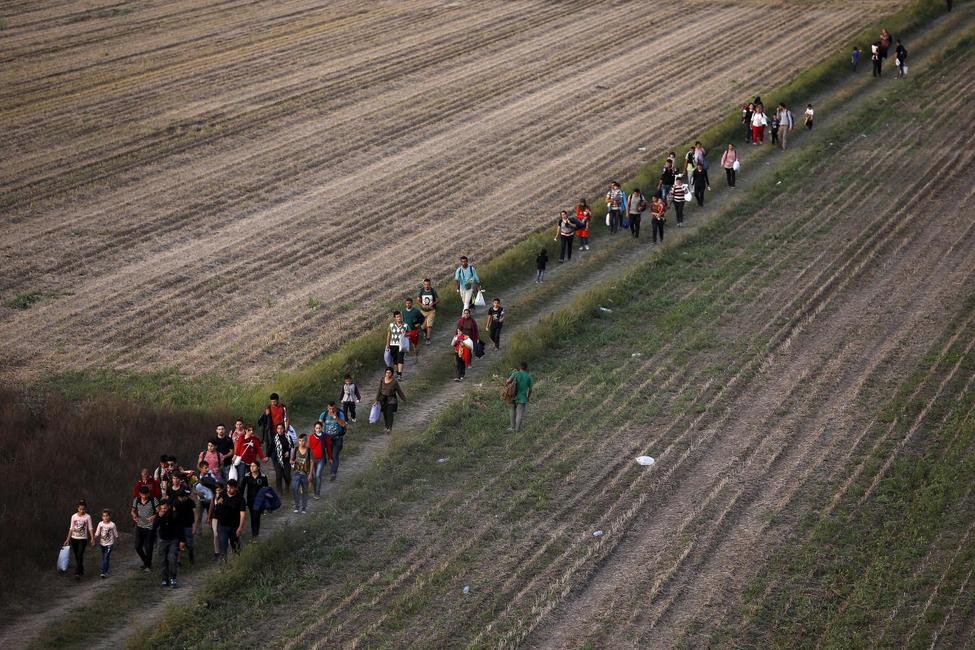 Migrants walk on a road near the train station in Tovarnik, Croatia, September 19, 2015. (Reuters)

Participants try to catch 100 yuan banknotes flying inside a dome during a promotional event of a jewelry store in Nanjing, Jiangsu province, China. (Reuters) Reporters gather at a 2-meter-high, several thousand-year-old sculpture is pictured at the Mexican Cultural institute of Paris, France. (AP)

A male koala wedged between a car's bumper and front grilles after it was hit crossing the South Eastern Freeway about 20 kilometres (12 miles) south-east of Adelaide. (AFP)

An aerial picture taken on September 24, 2015 above the Knokke-Heist beach shows the art installation of photographer Wim Tellier entitled "Time" and depicting a giant crab. (AFP) A man does tricks on his bicycle on a highway as the Eid holiday begins in Peshawar, Pakistan. (Reuters)

A keen 19-year-old fisherman couldn't believe his luck after he reeled in three massive sharks in one week. (Facebook)