Emaar is building the world’s new sailing destination by the historic Dubai Creek near Bur Dubai/Deira.

P&O Marinas, a subsidiary of global trade enabler DP World - UAE Region, has made the land available to Emaar and will continue to develop marinas and berthing facilities.

Emaar has announced the launch of ‘Mina Rashid,’ a AED25 billion investment to celebrate Dubai’s maritime heritage. Mina Rashid will have over 430 wet berths, several of which can accommodate the largest yachts in the world and will also catalyse cruise tourism.

Mina Rashid will also be a modern link to the heritage of the city with a direct pedestrian bridge connecting the House of Sheikh Saeed Al Maktoum, thereby honouring the legacy of the Al Maktoum family, to a museum and theatre. 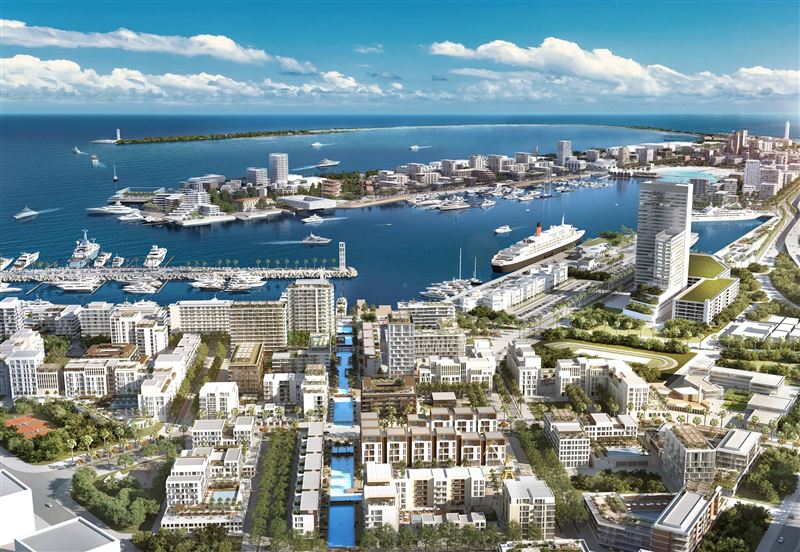 Mohamed Alabbar, Chairman of Emaar Properties and Emaar Development, said, "For over two decades, we have worked tirelessly to contribute to the growth and evolution of Dubai as a global city that befits His Highness Sheikh Mohammed bin Rashid Al Maktoum, Vice President, Prime Minister and Ruler of Dubai. Now, with Mina Rashid, we are creating a future-ready city that honours the legacy of the Al Maktoum family and salutes the farsighted vision of Dubai’s rulers who have consistently built - not for now and then, but for the future and beyond."

Sultan Ahmed bin Sulayem, Group Chairman and CEO of DP World and Chairman of Ports, Customs & Free Zone Corporation, noted that P&O Marinas is keen to support Dubai’s economic growth to diversify the economy and support the development of a range of economic sectors including trade and tourism.

The new development of Mina Rashid will strengthen Dubai’s position as a global city and the premier cruise hub in the Middle East, he added.