Brazil forward Neymar has been ruled out of the Copa America after suffering a serious ankle injury on Wednesday, the country's soccer federation said in a statement.

Neymar limped off in the 17th minute after he appeared to twist his ankle and was carried to the dressing room with his right ankle wrapped in ice. 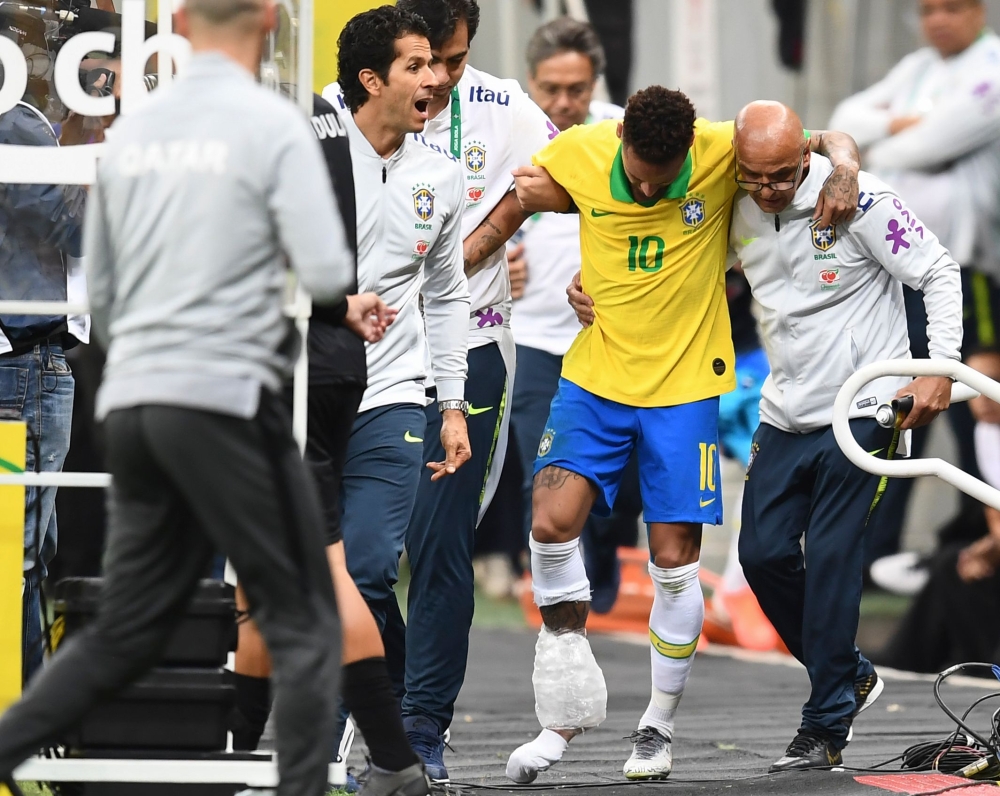 "Neymar was evaluated and underwent scans that confirmed a ligament rupture in the ankle," the statement said.

"Due to the seriousness of the injury, Neymar will not recover in time to participate in the Copa America in Brazil."