The saga of Neymar's seemingly inevitable departure from Paris Saint-Germain is proving a long, drawn out affair bringing the curtain down on what will ultimately feel like a fleeting and failed experiment.

Having arrived in France in 2017 hoping a world-record transfer to PSG would help him emerge from the shadow of Lionel Messi at Barcelona and win the Ballon d'Or, two years on he looks set to leave with his reputation having taken a serious hit.

There is no doubting the 27-year-old forward is a brilliant player, and there is every chance he will get the success he craves - collectively and, chiefly, individually - by returning to Spain, whether with his old club or Real Madrid.

However, there is every reason to believe a Kylian Mbappe-led PSG, and football in France in general, will ultimately be better off without him. 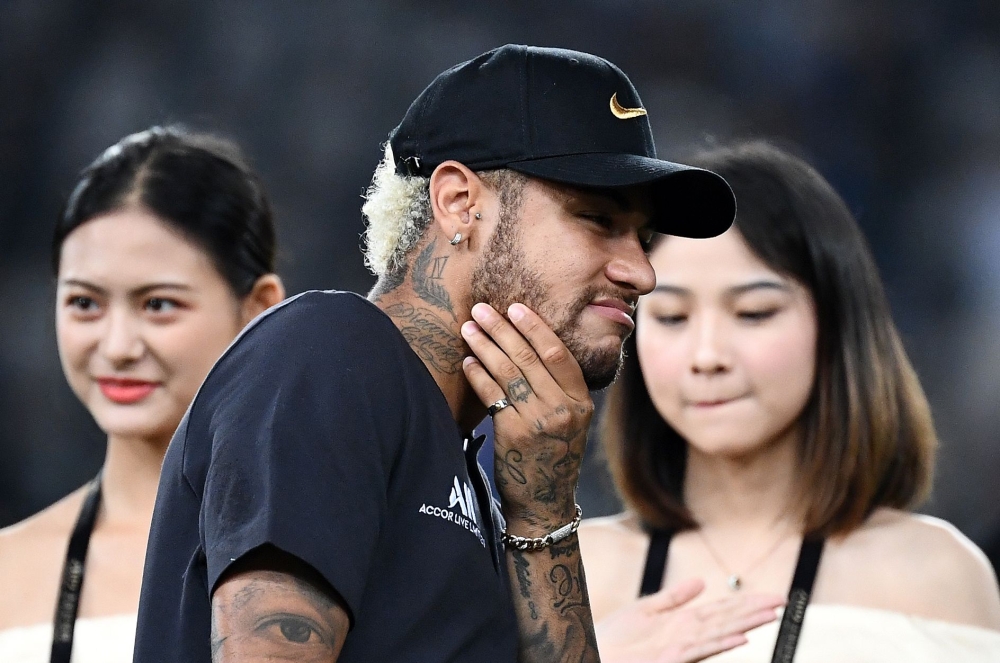 Neymar himself was not involved in that game, left out amid the uncertainty over his future. He already missed the season-opening Champions Trophy against Rennes in China due to suspension.

Since moving to the Parc des Princes, he has played in almost exactly half of his club's matches.

When he has been on the field he has frequently been brilliant, scoring 51 goals in 58 games, but when it has really mattered he has been absent.

Foot injuries saw him miss three of the four Champions League knockout matches. Without him, they lost in the last 16 to Real Madrid in 2018 and then to Manchester United this year.

"I like Neymar, I want to keep playing with him, with Kylian and with everyone," coach Thomas Tuchel said last weekend.

"But the reality is that we must find solutions without 'Ney'. You can't lose Neymar and just find someone else who will do the same things."

Mbappe added that "without Neymar, it's not the same team," but PSG can still improve by investing in a more balanced squad - summer signings made so far under sporting director Leonardo are a step in the right direction.

Centre-back Abdou Diallo, midfielders Ander Herrera, Pablo Sarabia and Idrissa Gueye have arrived. With the money recouped from the eventual sale of Neymar, not to mention the saving on his 36 million-euro annual wage, more reinforcements can be brought in.

The off-field circus around Neymar has been an unwelcome distraction for too long. On the field, Paris will still have Mbappe.

The other side of the coin is what this means for PSG's brand. After all, Neymar's following on social media far outstrips that of his current club.

Similarly, when the French league (LFP) put their television rights up for auction last year, they capitalised on the Brazilian's presence. Rights for the four seasons from 2020 were sold to Chinese-owned group Mediapro for 1.15 billion euros a year, a huge increase on previous deals.

Television stations could be forgiven for being a little concerned now, but LFP chief Didier Quillot remains bullish.

"It's always better to have several stars in your league. That said, during the Champions Trophy in China, it was Kylian Mbappe who was the star. His popularity is growing around the world," he told sports daily L'Equipe.

In any case, Ligue 1 is in a constant state of renewal, forever prepared to see star players move abroad. Nicolas Pepe, Ferland Mendy, Tanguy Ndombele and Ismaila Sarr have all left this summer.

The game in France can move on from Neymar, and everyone will be relieved to let the football on the field do the talking if and when he departs.