Modric helped Madrid to win a third straight Champions League title, and fourth in five seasons, before leading his country to the World Cup final.

Voting was by Champions League coaches and invited journalists across Europe.

"It's an incredible moment for me and I feel excited and proud to have won this great award," Modric said.

Ronaldo, who joined Juventus in the offseason, was the only nominee to skip the annual awards ceremony held during the Champions League draw in Monaco.

"Ronaldo's decision not to attend tonight's event must be respected. It is a personal and private decision," Juventus CEO Giuseppe Marotta said.

Returning with his trophy to his seat behind Salah, Ramos tapped the left shoulder of the Egyptian. Salah left the Champions League final in tears after the same shoulder was injured in a tackle by Ramos.

The best women's player award was won by Pernille Harder of Denmark and Wolfsburg.

David Beckham received the annual President's Award for his achievements on and off the field, including his charity foundation working with the United Nations agency for children, UNICEF.

"It is one of my proudest things to be involved in an organization that does so much to help children around the world," Beckham said on stage. 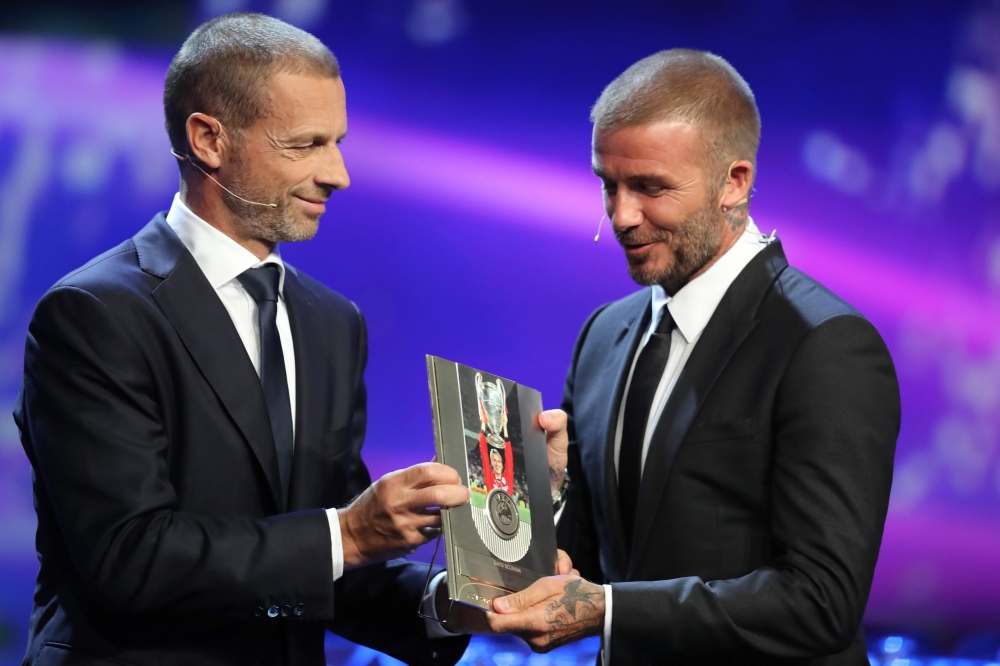