The UAE head coach Alberto Zaccheroni was grateful to be able to put his side’s opening day woes well and truly behind the host nation following Thursday’s vital 2-0 win over India at the AFC Asian Cup UAE 2019. 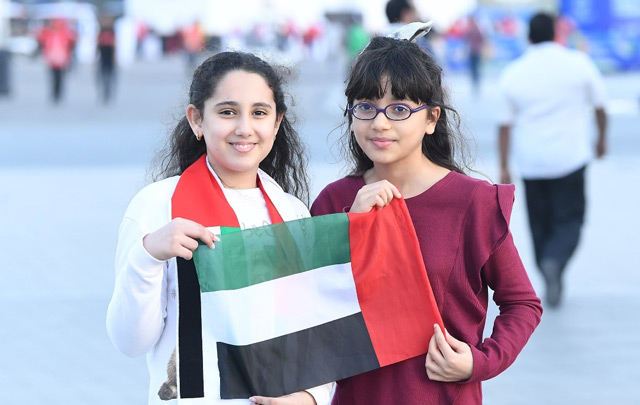 The 1996 runners-up were held to a 1-1 draw by Bahrain on Matchday One, a result which raised doubts as to the genuine title credentials of a side who also finished third at the last continental extravaganza in Australia.

However, goals in either half from Khalfan Mubarak and Ali Mabkhout saw the Emiratis overcome a resilient India to go top of Group A and breathe new life into their bid to reach the tournament’s Round of 16.

"I think our first game and performance against Bahrain was a rather deceiving one," declared the Italian tactician who guided Japan to the 2011 AFC Asian Cup title.

"We were very disappointed not to get the win in that match, but against India we started very well from the beginning, and our performance was gradually evolving and getting better throughout the match."

"We faced some difficulties at times against a very good and fast India side. Thankfully I made some changes ahead of the second half and, after the break, the team’s display was very different as we managed to enjoy better possession, we threatened more and were solid in defence.

"I congratulate my players for their efforts, they truly deserved the victory."

The UAE’s progress is, however, still far from assured, with just one point separating them from India in second and third-placed Thailand who they will meet in their final group stage match on Monday.

Given what is at stake, there is little room for error, and Zaccheroni has admitted that he now needs to study the Southeast Asians closely in order to prepare his side fully for what is expected to be another tough test.

"We admit that our defence has not been entirely effective, but the general performance was good and winning with a great spirit was very important," he said.

"Following their loss to India, the Thailand team changed their coach. However, they then went on to change their style and tactics when they beat Bahrain. I now need to study Thailand closely in order to prepare my team for what will be a difficult match."

For his part, midfielder Khalfan Mubarak believes Thursday’s 2-0 win over a resilient India at the AFC Asian Cup UAE 2019 could well be a sign of things to come for Alberto Zaccheroni’s talented side.

After drawing 1-1 with Bahrain in their Group A opener, a neat finish from Mubarak and Ali Mabkhout's late strike saw the 1996 runners-up soar to the top of the standings with their final group stage game against Thailand still to come on Monday.

Although the UAE are not assured of a place in the Round of 16 just yet, Mubarak is adamant that the victory over India will stand the Emiratis in good stead as they seek to, at least, emulate their third-place finish at the tournament’s 2015 edition in Australia.

"We are very grateful for the win, but I must say hard luck to India as they played a great game," declared the 23-year-old Al Jazira star.

"Our first game was the competition’s opening match and I felt the players were a little nervous.

"However, scoring as we did against India has had a very positive effect on the team, one which will give us added motivation for the matches we have to come.

"We truly hope that the victory is a sign of things to come. This is absolutely the start for us."

Over 43,000 spectators witnessed the UAE’s success at Abu Dhabi’s Zayed Sports City Stadium, with the overwhelming majority cheering for Mubarak and his teammates – a fact not lost on a grateful Mubarak.

"The three points are, of course, the team’s, but I would like to dedicate the success to the fans, as it is they who really deserve it," he said.

"We now hope to achieve even more good results in the coming matches in order to make our supports even happier and to encourage more fans to come to the stadium."