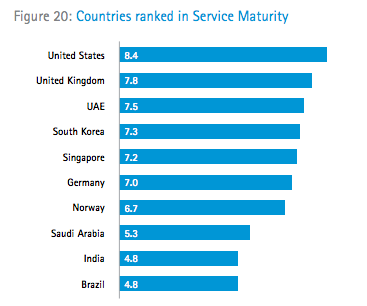 A report by Accenture places UAE third in the list of ten countries studied in their use of “digital government” — from offering online portals to access public services to employing digital channels and social media to communicate and engage with citizens. 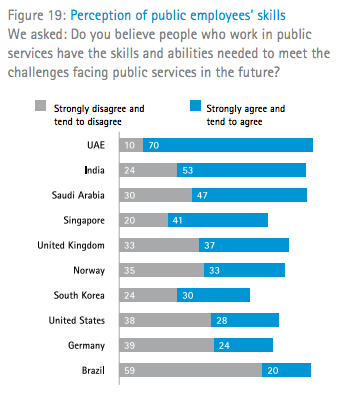 UAE’s high ranking is due to its strong performance in citizen satisfaction and engagement, and citizens’ confidence in the future. 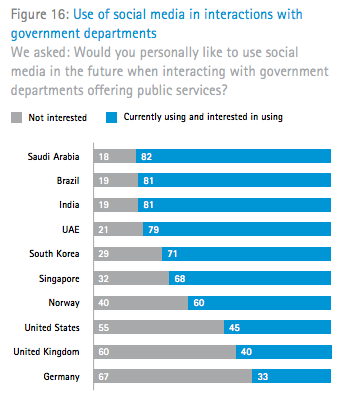 “Its citizens are cognizant of the importance of digital channels in improving service quality and outcomes, and confident of their government’s ability to meet the challenges that may arise in the process,” the report states. 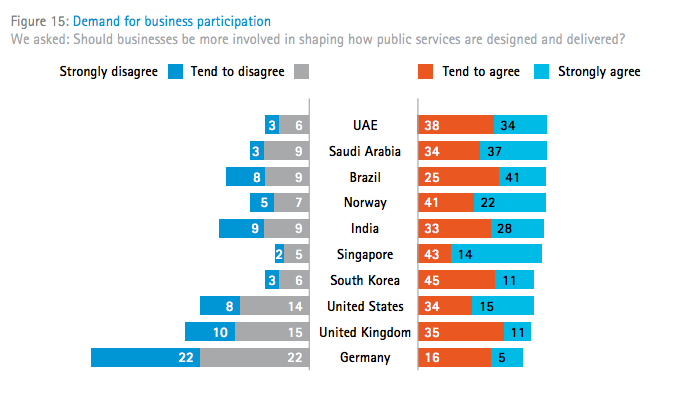 According to the report, the UAE government gives high priority to digitalisation. “However, there are opportunities for improvement that exist for the government in the areas of citizen centricity and multichannel service delivery,” the report added. 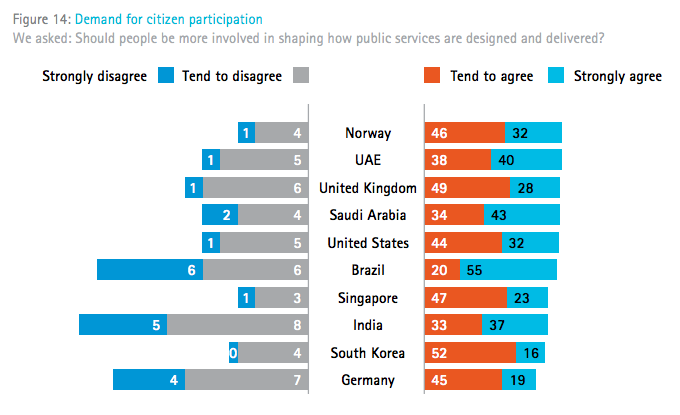 Singapore emerged as the overall leader followed by Norway and the UAE. While South Korea, Saudi Arabia, the US and the UK formed the middle pack, India, Germany and Brazil ranked among the bottom three in the group.

Countries that scored best in the study, the report points out, have made  sustained investments in digital government.  “Top-ranked Singapore, for example, will be one of the first countries to ensure that every citizen has an electronic health record. The highest-ranking countries also actively seek and listen to citizens’ feedback. In Norway, 78 percent of citizens believe that government should consult with them in the design and delivery of public services, which indicates a highly engaged population,” Accenture said in its analysis. 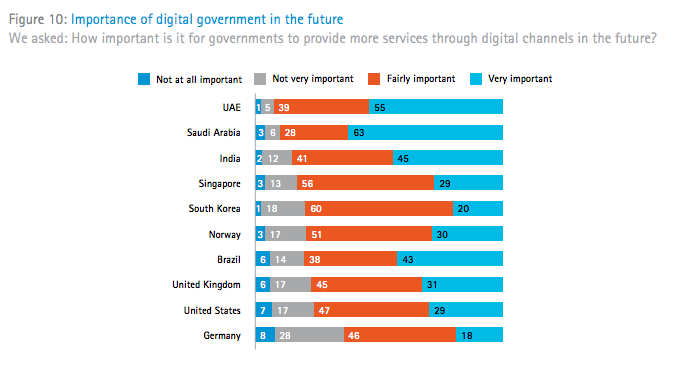 The study was conducted following a survey involving 5,000 people across the 10 countries. The survey found that the majority of respondents – 81 per cent – would like their government to provide more services through digital channels and 64 per cent would like to use social media to engage with government. 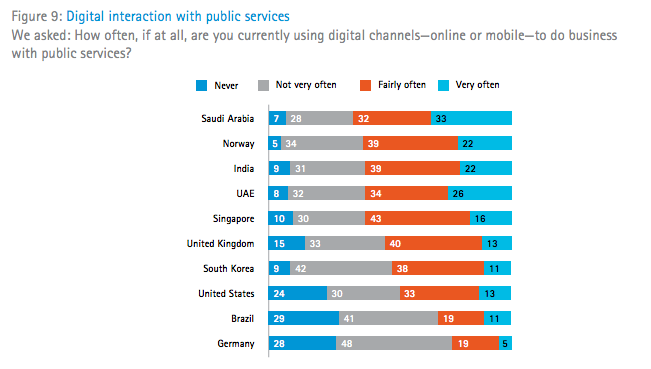 “Citizens’ demand for digital services is even stronger in emerging markets such as India, Brazil, Saudi Arabia and the UAE, where 80 per cent of citizens said they would like to communicate with government via social media and on their mobiles.” 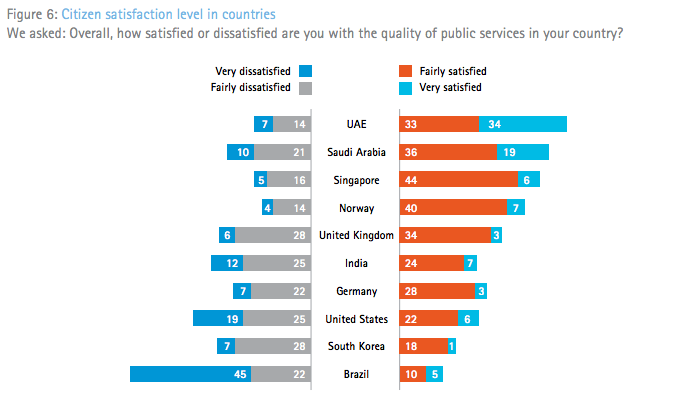 However, the survey found that less than 40 percent of the citizens surveyed are satisfied with the quality of public services their country currently provides. In fact, the study found that as the more mature markets – like the United States and the United Kingdom — face significant budget challenges, they are more focused on cost cutting and must weigh expanding digital initiatives against the mandate to reduce government expenditure.

This can take its toll on citizens’ satisfaction, evidenced by the results of the US citizen survey, which showed that only 28 per cent of respondents are satisfied with the quality of public services, and most don't think government is prioritising their needs.

By contrast, 80 per cent of the survey respondents in the UAE – seen as an emerging leader in digital government – said their government is proactively addressing their priorities in health, employment and education.

According to Accenture Managing Director Khalid Al Yahya, who, along with Le Masson, presented the study findings at the ongoing UAE Government Summit, the UAE’s portal, “My Gov,” is a good example of a single, all-encompassing channel for citizens to communicate with all federal government entities.

“New digital technologies emphasising speed and mobility are not only changing the way we live, work and interact with each other, but they are providing unprecedented opportunities for government to radically transform complex bureaucracies and become more agile, citizen-centric, efficient and innovative,” Al Yahya said. “As governments become more digital and work toward ensuring that most citizens have online access, digital skills and a voice in in the design of public services, they are experiencing higher levels of engagement, accountability and public trust.”