Man who shot video of assault on Dubai driver arrested

Dubai Police have arrested the man who the shot the video that captured an Emirati government official allegedly assaulting a bus driver on a city street earlier this week.

The video, which went viral within hours of being uploaded on YouTube, caused uproar across social media platforms on July 15, which saw an Asian bus driver being allegedly assaulted over a traffic incident.

Authorities confirmed the new development in the case on the official Twitter account, stating: “Dubai Police arrested the man who shot the video of the bus driver incident.”

No further details were shared, but sources confirmed the person who posted the video online was tracked through his social media feed.

According to UAE law, it is prohibited to take videos or photographs in public areas without gaining permission from the people involved.

Dubai Police explained the law further, with the concerned public asking questions such as this one posted on its Twitter account: “Was it for the fact he filmed or that he uploaded/shared it without consent? Just curious so I never break the law.”

To this, the authorities simply answered: “Because he shared it.”

“In this case it will be considered a violation of privacy.”

The attack in the centre of this controversy occurred on a busy city street and was caught on camera by a passer-by and posted on YouTube.

In the video, an Asian bus driver is seen cowering as he is being beaten by the ‘igal’ or a headband worn by Arabs.

The video information indicated the incident occurred on July 13 in Deira.

The backlash following the video clip saw the alleged assaulter arrested within hours of the feed going viral.

Dubai Police removed the graphic video from social networking sites and warned the general public to refrain from posting it on their social media feeds; however, the clip has been picked up by other international sites.

Major General Al Muzinah advised the public, in future such videos should be directly sent to the police as evidence.

Meanwhile, authorities  have transferred the case of assault to the Public Prosecution. 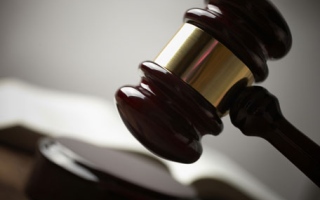