And the Tony Award goes to...

Director Pam MacKinnon, winner of Best Direction of a Play for 'Who's Afraid of Virginia Woolf?' poses in the press room during the 67th Annual Tony Awards. (AFP)

Director Diane Paulus, winner of Best Direction of a Musical for 'Pippin' poses in The 67th Annual Tony Awards. (AFP)

Gabriel Ebert, winner of Best Performance by a Featured Actor in a Musical for his role in 'Matilda the Musical' poses in The 67th Annual Tony Awards. (AFP) 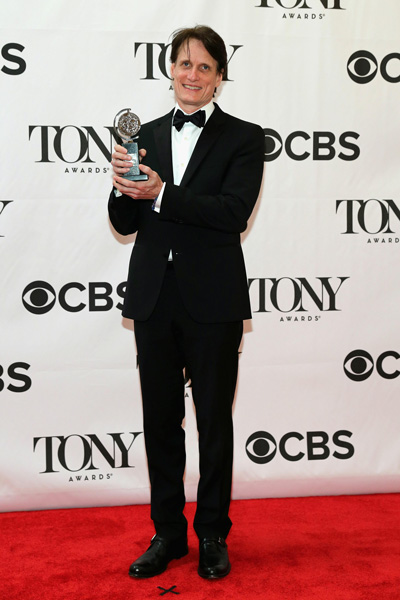 Judith Light, winner of Best Performance by a Featured Actress in a Play for her role in 'The Assembled Parties' poses in the press room during the 67th Annual Tony Awards. (AFP) 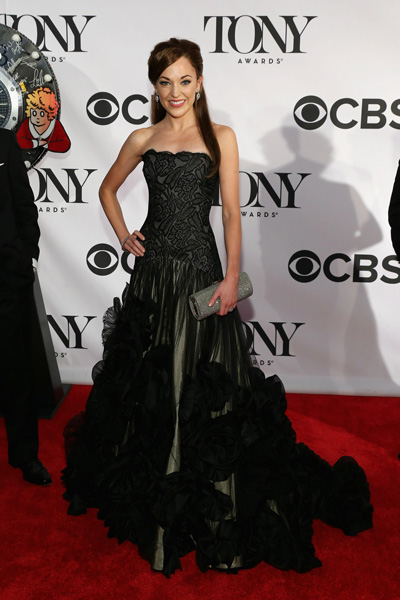 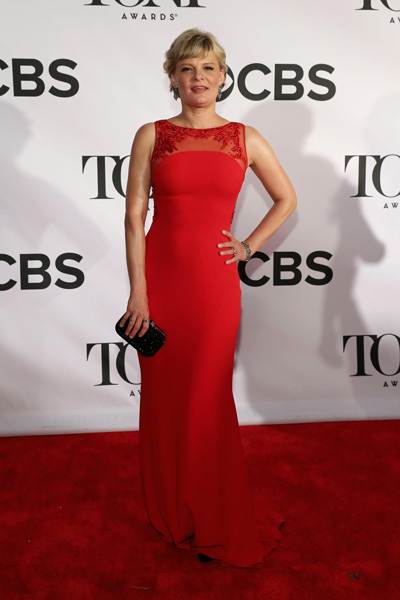 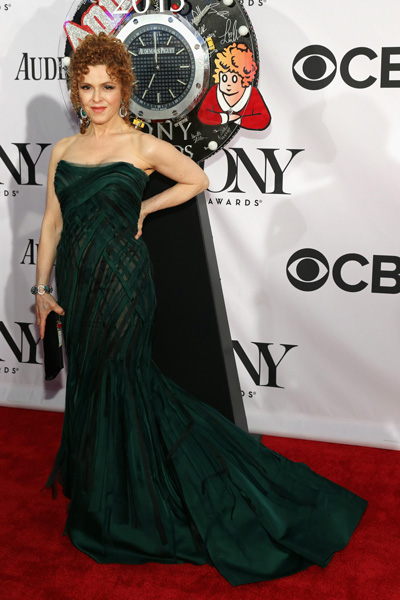 Cyndi Lauper, making her Broadway debut, won a Tony Award on Sunday for writing the 15-song score to "Kinky Boots" and Christopher Durang's comical "Vanya and Sonia and Masha and Spike" has won the best play Tony.

Lauper thanked her old friend Harvey Fierstein, the book writer for "La Cage aux Folles" and "Newsies," to lure her to Broadway. "Kinky Boots" also won for choreography and two technical awards, and Billy Porter won for leading man in a musical.

Porter beat "Kinky Boots" co-star Stark Sands and told him from the stage: "You are my rock, my sword, my shield. Your grace gives me presence. I share this award with you. I'm gonna keep it at my house! But I share it with you."

Durang, whose other works include the play "Beyond Therapy," was a Tony nominee for "A History of the American Film" and his "Miss Witherspoon" was a Pulitzer Prize nominee in 2006.

Girls were having fun elsewhere as well, as Diane Paulus and Pam MacKinnon both won for directing — a rare time women have won directing Tonys for both a musical and a play in the same year. (It also happened at the 1998 Tonys.) Paulus won her first Tony for directing the crackling, high-energy revival of the musical "Pippin," which also earned Patina Miller a best leading actress trophy.

MacKinnon won for directing the play "Who's Afraid of Virginia Woolf?," a year after earning her first nomination for helming "Clybourne Park." Her revival of Edward Albee's story of marital strife won the best play revival and earned Tracy Letts his first acting Tony, an upset beating of Tom Hanks.

"The greatest job on Earth. We are the ones who say it to their faces, and we have a unique responsibility," Letts said.

Andrea Martin, 66, who won as featured actress in a musical, plays Pippin's grandmother and sings the music hall favorite "No Time at All," stuns audiences nightly by doing jaw-dropping stunts that would make someone a fraction of her age blanch.

The Tonys are being broadcast live by CBS from Radio City Music Hall. Neil Patrick Harris is back for his fourth turn as emcee and leads a show featuring talented children and pulse-pounding musical numbers.

The big, opening number started with Harris simply holding a guitar in a pub like "Once" but quickly morphed into a flashy razzle-dazzle number that showcased performers from almost a dozen musicals — and even ex-boxer Mike Tyson dancing. Harris sang "It's bigger! Tonight it's bigger," jumped through a hoop, vanished from a box and promised a "truly legendary show" before glitter guns went off.

Courtney B. Vance won for best featured actor in a play for portraying a newspaper editor opposite Tom Hanks in "Lucky Guy." He dedicated his award to his mother.

Judith Light won her second featured actress in a play Tony in two years, cementing the former TV star of "One Life to Live" and "Who's the Boss?" as a Broadway star.

She followed up her win last year as a wise-cracking alcoholic aunt in "Other Desert Cities" with the role of a wry mother in "The Assembled Parties," in which she goes from about 53 to 73 over the play's two acts.

"I want to thank every woman that I am in this category nominated with: you have made this a celebration, not a competition," she said.

Gabriel Ebert of "Matilda the Musical" won as best featured actor in a musical. He thanked his four Matildas and his parents, stooping down to speak into the microphone.

Cicely Tyson, 88, won the best leading actress in a play honors for the revival of "The Trip to Bountiful," the show's only award on the night. It was the actress' first time back on Broadway in three decades.

"'Please wrap it up,' it says. Well, that's exactly what you did with me: You wrapped me up in your arms after 30 years," she said.

Lauper and Harvey Fierstein have given "Kinky Boots" — originally a 2005 film about a failing shoe factory that turns to making drag queen boots — a fun score and a touching book that celebrates diversity.

"I want to thank Harvey Fierstein for calling me up. I'm so glad I was done with the dishes and answered the phone," Lauper said.

The import "Matilda the Musical" is a witty, dark musical adaptation of the novel by Roald Dahl that is still running in London. Its leading woman is actually a man — Bertie Carver, who plays the evil headmistress Miss Trunchbull.

Others musicals hoping for awards include the acrobatic "Bring It On: The Musical," the hit-heavy "Motown the Musical" and "A Christmas Story, the Musical," adapted from the beloved holiday movie. Top musical revivals include an updated "Rodgers + Hammerstein's Cinderella" and a cracking revival of "Pippin" with a circus feel.

Some of the telecast highlights included the stunning kids on Broadway — the orphans in "Annie," the actor Raymond Luke Jr. as a pre-teen Michael Jackson in "Motown the Musical," and the dancing tots in "A Christmas Story, the Musical" — especially the young tap dancer wizard Luke Spring — plus the four young women in "Matilda."

Harris got his face licked by the dog playing Sandy in "Annie," made fun of Tyson and Shia LaBeouf, who left a revival of "Orphans" before the show opened and then tweeted about it, and joined with "Smash" star Megan Hilty, "Go On" star Laura Benanti and former "The Book of Mormon" star Andrew Rannells to skewer theater stars who seek fame on TV with a twisted version of "What I Did For Love" from "A Chorus Line."

Kenneth Posner, surprisingly, did not take home the award for best lighting design of a musical. Of the four shows in the category, Posner had been nominated for three — "Kinky Boots, "Pippin" and "Rodgers + Hammerstein's Cinderella." But he lost to his only competitor, Hugh Vanstone, who designed the lighting for "Matilda the Musical."

The Tony winners were picked by 868 Tony voters, including members of The Broadway League, American Theatre Wing, Actors' Equity, the Dramatists Guild, Stage Directors and Choreographers Society as well as critics from the New York Drama Critics Circle.

The awards telecast faces competition for attention on Sunday night from an episode of "Mad Men" on AMC and Game 2 of the NBA finals between San Antonio and Miami on ABC. Last year's telecast was seen by 6 million viewers, down significantly from 2011's 6.9 million.

The awards cap a somewhat grim financial season on Broadway in which the total box office take was flat and the number of ticket buyers slipped 6 percent. Both numbers were blamed in part on Superstorm Sandy, but high ticket prices and the lack of long term audience growth has many worried.

A total of 46 new shows opened during the season, which began last May and ended May 26: 15 musicals, 26 plays and five special events or concerts.